Home » Bondage M/F » Uncomfortable As Can Be Custom Video Part 1 of 2, asianastarr 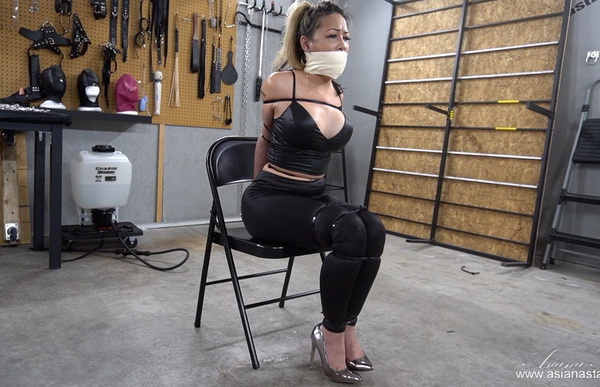 The best way to explain how everything felt was SUPER TIGHT. I’m use to having my mouth punished and my elbows touching but damn! The sponge was so big that we had to cut it in half before I could even attempting to squeeze it into my mouth. Even stuffing half of it in took some time. Good thing we were using tape too, because that was the only way that sponge was staying inside! Now about the microfoam tape.. A couple strips look nice but once you start layering while stretching it each time you go over the mouth, it gets tighter and tighter. I actually had a really hard time with it. My mouth was so punished, that it was equivalent to me wearing the clear 2.375″ gag for an hour LOL
And then there’s the zip ties. Each one is zipped SO MUCH that you can see my skin bulging from underneath. Whether it’s rope or zip ties, the strictness is equivalent but the feel is vastly different. Wonderfully different. And then, when Martin puts me on the chair and zips my legs, I almost couldn’t believe how painfully tight THAT was too! I could feel my knee caps pressed up against one another, it was that uncomfortable. 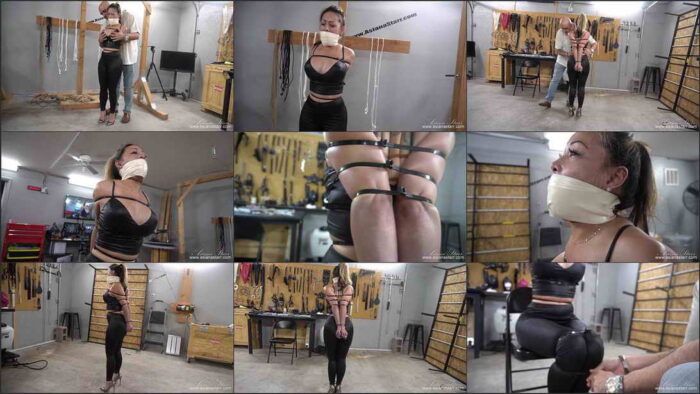 Uncomfortable As Can Be Custom Video Part 2 of 2, asianastarr

Suffocation Sacrifice Custom Video Part 2 – The Boss of my Orgasm