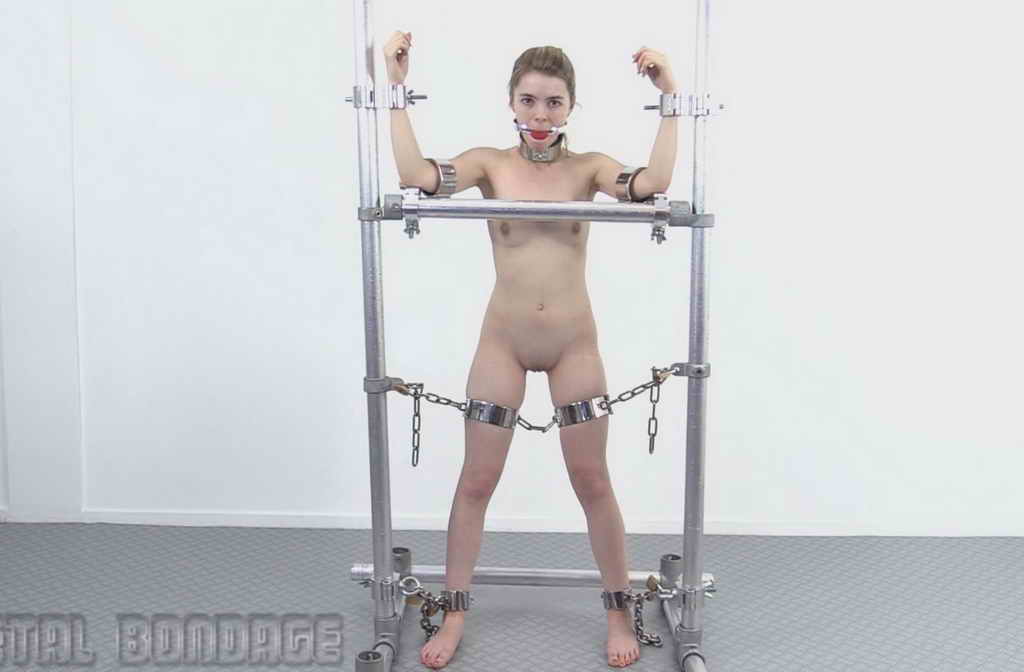 After her recent nipple clamps torture, I thought Lina wouldn’t come back… but here she is again! Lina is tightly cuffed and her ankles are locked together as she waits for what’s coming next. In her chastity belt, she tries walking around the frame, but with her feet locked together, she can only shuffle or hop. Soon, she finds herself locked in the frame, on full display, with her chastity belt removed. Her ankles, thighs, wrists, and upper arms are locked in place and she is gagged. Who wouldn’t want a framed Lina Roselina in their house? It’s a work of art! 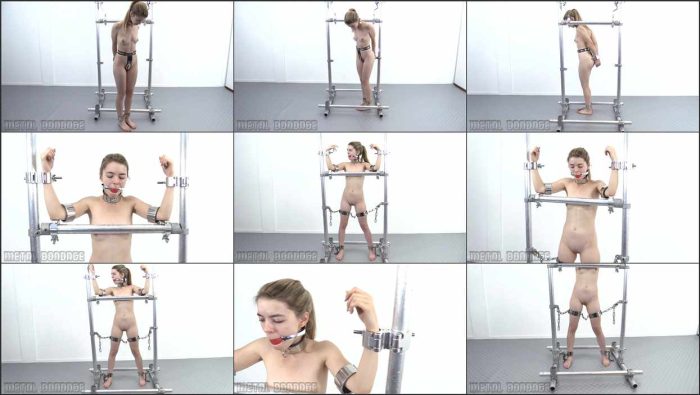 Mira – locked to the metal pipes and vibrated