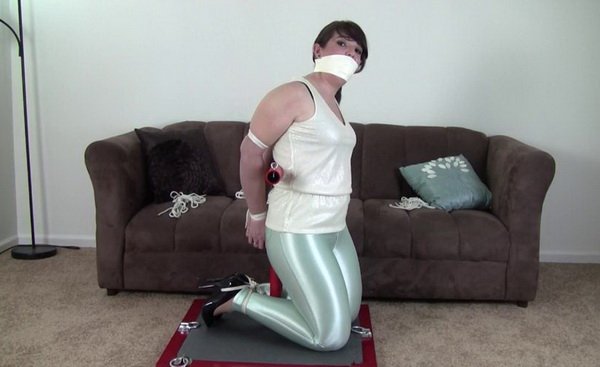 Lizz has a new neighbor that has had some rather interesting guests as of late and shes interested in just what might be going on next door. She finds herself sneaking around the back of his home and after locating a basement door that is unlocked she ventures inside looking over a weird collection of what appear to be props in the corner just inside the door. After finding a light she looks around a bit still questioning what might be going on here. Moving the curtain she finds a staircase and starts looking around behind the other basement door. She takes a quick peek in the other room and then starts slowly and quietly venturing up the staircase. She locates a room in the upstairs that has an interesting device in it which she cant quite figure out what its use is. Crawling around a bit on it trying out some positions she notices a few interesting things about it before getting caught by a loud man.