Home » General » Tied up Reza Blade in the 8 minute escape 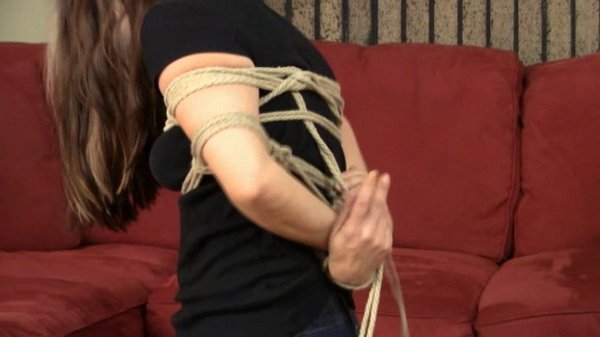 A girl is tied by Mr. Ogre in some manner. She is then given eight minutes to completely untie herself. During her attempt to escape, she is not allowed to damage herself in any way. If the girl is successful in her task to extricate herself from the bondage, she gets a prize and YOU get special bonus footage of another tie at the end of the clip. If she is unsuccessful, well…that is between her and Mr. Ogre…
Reza Blade returns after a long hiatus from Ogre’s World. She is wearing jeans and a black sweater with very sexy high heeled kneehigh boots. She is boxtied and her knees tied together. Tied up Priscilla Pincushion in the 8 minute escape

Sativa Verte…tied in over the knee boots! Bondage video HD-mp4

Stefanie the lady in red in pantyhose with bound elbows! HD-WMV