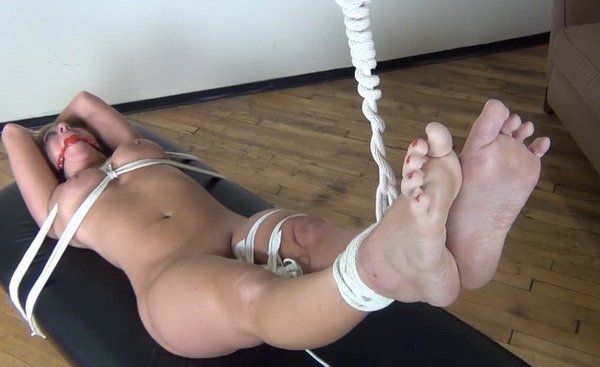 Ball gagged, breast bound, and feet raised Crystal lies tied on a cold black leather bench. She twists her hands that have been tied above her and to the bench. A rope to the ceiling holds her feet and legs up as a vibe is tapped to her inner leg and pressed against her. She’s teased as it clicks to life rubbing and bringing her so close to orgasm only to be switched off denying her release.