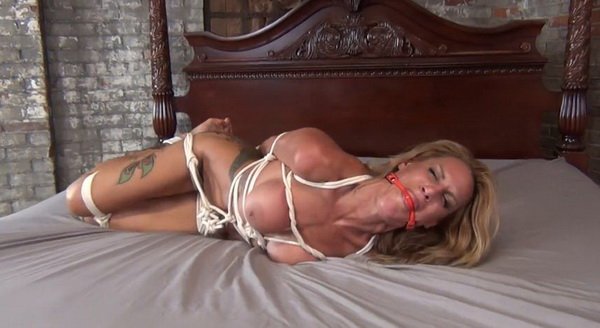 It all started out as a simple photo shoot but it slowly turned for the worse for Genny. Now shes naked and ball gagged with her hands tied behind her and ankles and knees tied. Ropes criss cross over her chest as she tosses herself about on the bed. Her captor remains silent filming her distress and pleading looks. He is amused as she gets to her feet and in a desperate attempt..even though futile.. starts to hop at him hoping to knock him off balance and make her getaway.