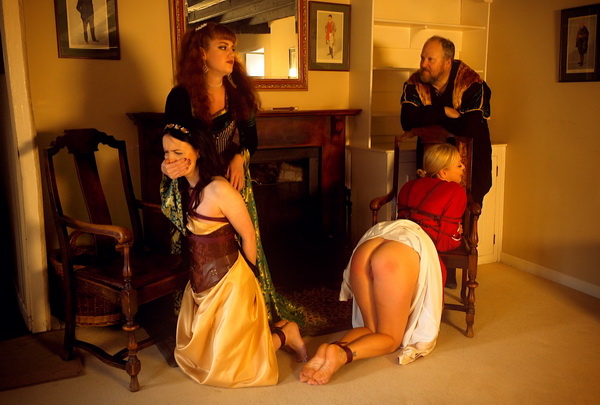 Anne Boleyn and Catherine Howard are tied to chairs in the royal sitting room, in front of the fire. The two bitch and moan about the Queen – but she is hiding around the corner and can hear them. The two ask why they have been tied up. It was the King’s order, says the Queen. Anne throws more insults at the Queen until she cannot take it any more – and she administers a much-needed hard hand spanking to her insolent arse! Her bum turns bright red and she marks very well (this was actually Faye Taylor’s first spanking!)
Then Catherine Howard’s bum gets a matching warm-up as the King and Queen come in and spank her too. But Catherine seems to like it – her cries are much more of surprise and titillation – even arousal! Will she flutter her eyelashes into the King’s bed? 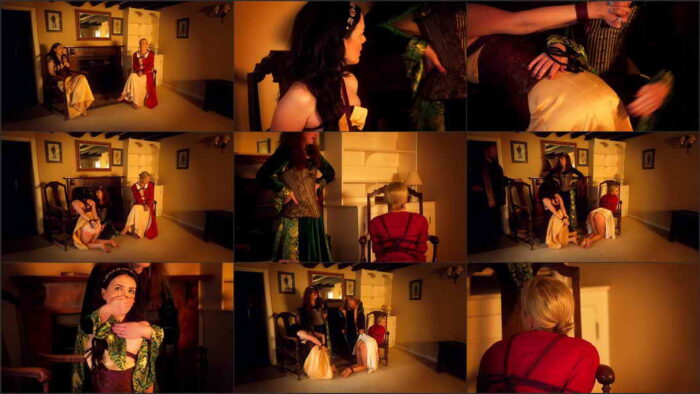