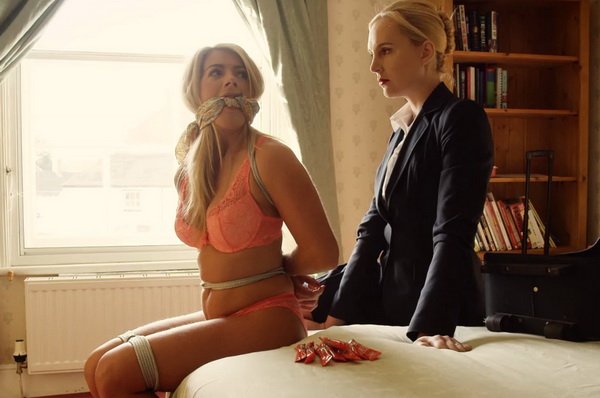 Tillie has just got back from her holiday, a long flight not helped by what she thought were quite surly staff. After all, she was only wanting another drink and some chia seeds instead of those horrid pretzel things, an upgrade to first class, not interrupting her conversation for that dull safety briefing which everyone who is anyone knows by heart (and the people who haven’t flown before don’t really count)…
There’s a ring at the door. Crazed flight attendant Ariel has followed her awkward passenger home and intends to give her a piece of her mind… and a rope and a gag! 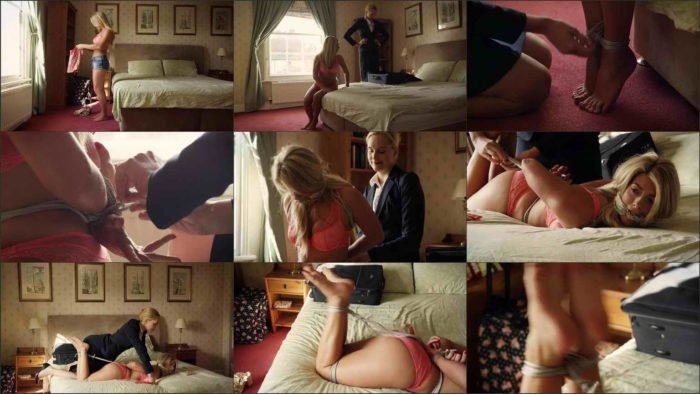 Ariel Anderssen and Tillie – Cry Me A River, Female Bondage

Ariel Anderssen and Danielle Maye – Discovered by the Maid