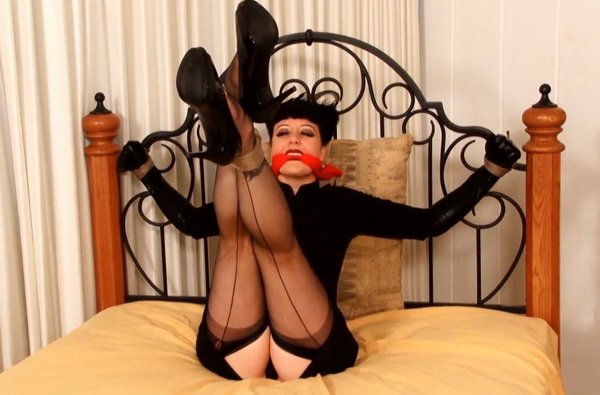 Leggy beauty Mary Jane Green reprises her role as the enigmatic 1930s-era legend “The Phantom Mystique” – and she’s in trouble again! As the story begins, the long-stemmed crimebuster has been lured to an old mansion. She knows it’s a trap, but she’s still taken by surprise and captured by her mysterious nemesis. The dark-haired damsel is cleavegagged and bound to the bed, and she struggles for all she’s worth to extricate herself from this trap (allowing us some amazing views of her back-seamed stockings). Then to taunt his helpless hostage, The Phantom Mystique’s captor suspends a telephone just out of her reach. She slips out of her high heels (and shows off her reinforced sole stockings) but despite her efforts she can’t reach it to call for help. Will The Phantom Mystique ever be able to free herself from this predicament? 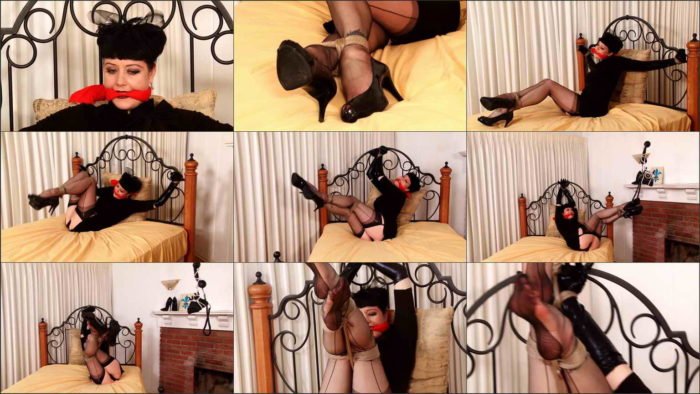