Home » Bondage M/F » The Perils of Katarina Nikita, Tied to a Tree 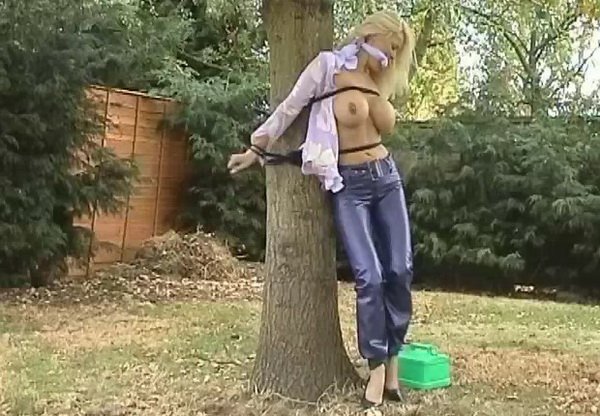 Katarina has been left a fortune in her Aunt’s will, but her evil Uncle wants to have the whole fortune for himself! He has hired the notorious Assassin, Twisted, to dispose of the inconvenient niece and secure his millions. Twisted has kidnapped poor Katarina and has her tied to a tree. He douses her in petrol and leaves a lit candle filling the spout of the petrol can, burning slowly down… when it burns through, it will trigger a conflagration!
The evil Assassin leaves Katarina in the death-trap while he makes good his escape. Will out heroine escape the ropes before the candle burns down?? 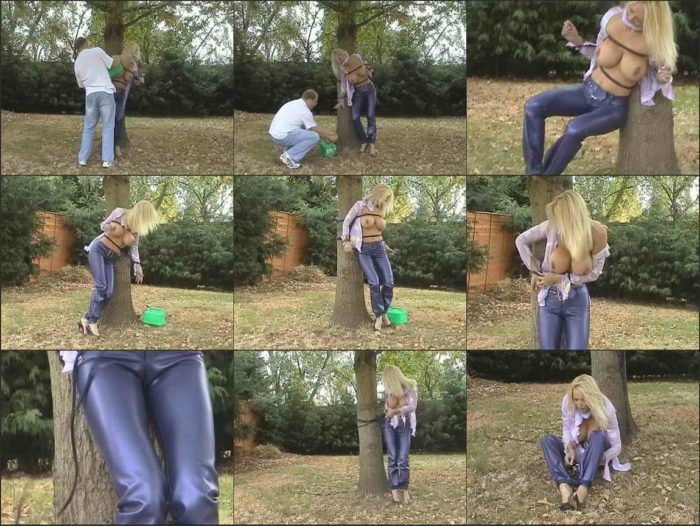 Housewife Torie Surprised by a Burglar, Hogtied and Gag

Kinky Kitten hogtied and gagged – Dressed like a slut so he could tie me up and gag me!

Carissa Montgomery – Watching the baby sitter bounce her big tits as she struggled tied up, oldschoolbondage