The story continues in a different room of the hotel, as Princess Gia Derza hears a knock at her door. She thinks it’s room service and opens up, but instead it’s the villains, who immediately take the sexy princess hostage. The leggy royalty is next seen cleavegagged and roped to a chair. She whimpers softly as the evil men make a ransom video for the King of Sylvania. The stunning brunette frantically tries to free herself, and she struggles in vain to reach her phone which is left tantalizingly out of her reach. But her noisy efforts only bring the bad guys near again, and they decide they’d like to see what royal breasts look like. They unbutton Gia’s white blouse and bare her pert, perfect breasts. Poor Gia continues her helpless struggles, fearful of how this situation might play out. 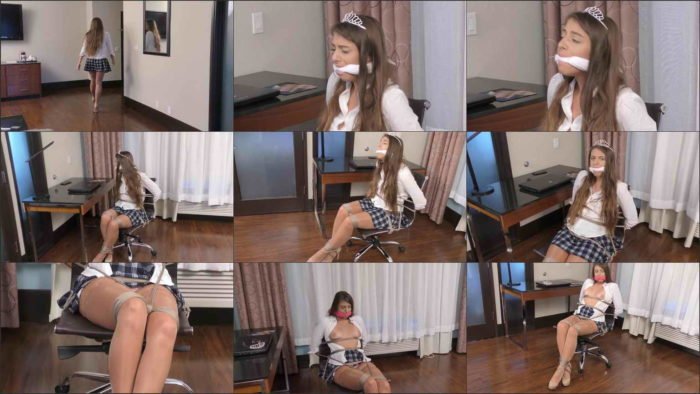