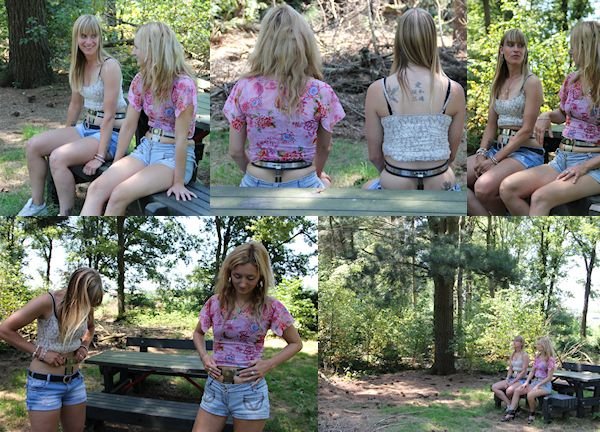 On the afternoon of day 2, I raced to Silvie’s house to check all the cameras and (of course) the girls in their belts. They seemed to be doing fine, although Deborah was still having a slightly harder time than Silvie. It was great to see that they had realised they could not stop their Chastity Deal now, they were going to be in the belts for 10 days. Stopping now would mean they had spent over a day in their belts for nothing, they wouldn’t get any cash. Since the weather happened to be great, I decided to take the girls outside to take their minds off the belts, and enjoy a few rays of sun. They were remarkably cheerful, as I was taking pictures and video, they even grabbed the video camera to do a (very short) funny self shot report! Davon locked in steel and gagged

Natalia Forrest in a chastity bra is going out

Dominique and her mother Francis enjoying the sun