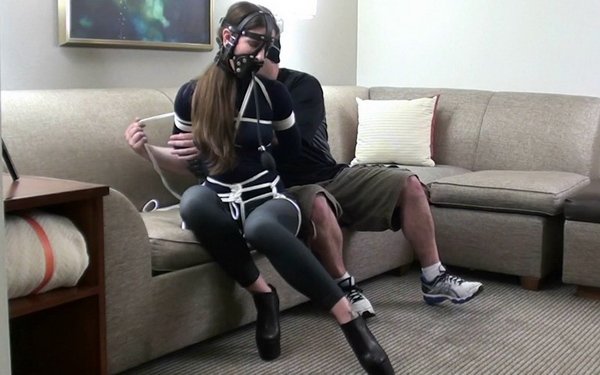 Tall, sleek and SEXY Sylvia has been captured and she is forced to endure tight ropes and a heavy leather pump gag headharness! She sweetly submits to her captor for torment….showing off her fantastic, sexy body…Sylvia writhes and struggles against her bonds…she reluctantly but eventually falls deep into submission and squirms and struggles to the delight of her captor!
Similar video – Asian bondage model Asiana Starr.