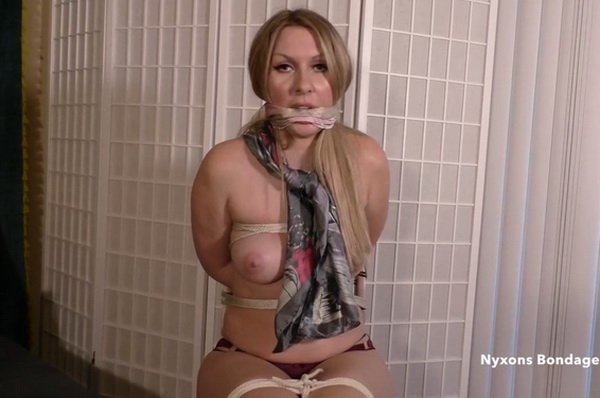 In the first part of the video, Sydney stands before Craig (POV) and he tells her to remove her clothes. Not wanting to do it, but knowing that that’s what Crain wants, Sydney slowly & reluctantly removes everything except her panties & the scarf around her neck. The next scene opens up with Sydney tied tightly to a chair & cleave gagged with a scarf. She struggles in her binds for a few minutes, then Nyxon walks in, places a scarf over her gagged mouth, and ties it tight. Nyxon knows that this is what Craig wants & likes, and she instructs him to unzip his pants, pull out his cock & to start stroking it. She smiles devilishly as Craig strokes his cock to Sydney helplessly squirming in the chair, and when she’s felt that Craig has earned it, she gives him a cum countdown, and laughs as he blows his hot sticky load all over the place. The secnd half of the clip is the same scenario but with Nyxon & Sydney’s roles reversed. 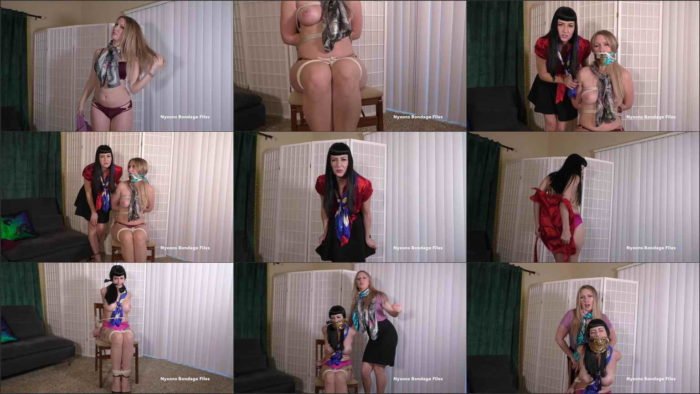