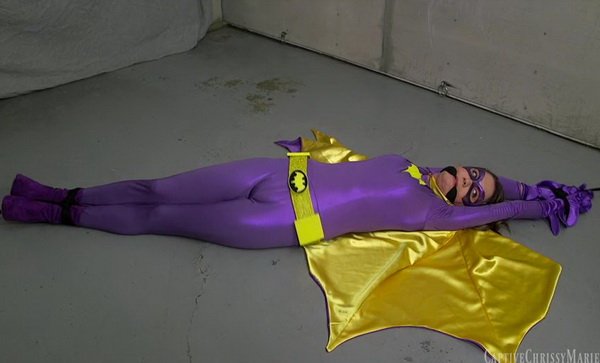 Batgirl finds herself in yet another perilous predicament after being captured by some nefarious henchmen! Her wrists and ankles are bound with rope and tied off in opposite directions leaving her tightly stretched and helplessly struggling on the floor! The henchmen are off in another room pondering her fate as she desperately struggles to escape. Batgirl furiously twists, squirms, bucks and thrusts her hips as she vigorously struggles and pulls against the ropes…but all to no avail! Hopefully Batman will come rescue the helpless super heroine soon before it’s too late! 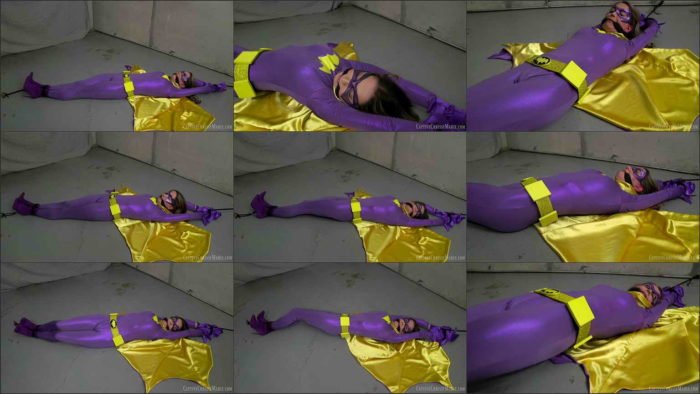 Babysitter Chrissy Marie Tied Up In The Tub, Gag Talk