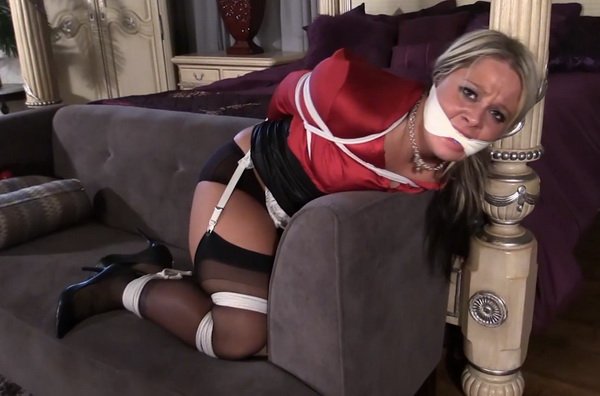 Adara had a little internet, cam show business going on. But she needed to wait until her step-mother and step father were away so she could use her step father’s computer and camera. Today when she went on line, she didn’t know her step father would be coming home early. When he got there, she was in the middle of a session and he caught her. Seeing her dressed very sexy in her step-mother’s clothes and finding her with a ball gag in her mouth, he could not resist the urge to have some fun. The next thing Adara’s internet followers saw, was her all tied up with rope and ball gagged. And the show was about to get better. Knowing that if her step-mother found out about her little side business, she would be in trouble, Adara had to let her step father do whatever he wanted, no matter what that was. There were two really good things about this. One, she really loved being tied up. And two, she saw her sales and income for this session were going up. The bad thing was, she was tied so tight, it was painful and the ball gag was making her drool all over the place. But things were about to get more interesting when her step fatter started adding more rope and stripping her down to her underwear. He also changed the gag by stuffing and taping her mouth full of panties. Finally as an added bonus for her customers, he pulled her tits out of her bra. He then left her struggling bound and gagged for the next couple of hours. 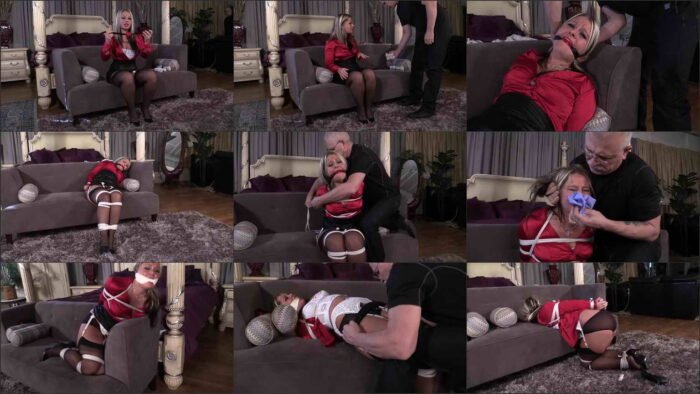 Christy Cutie Oldschoolbondage – His hand over my mouth kept me from screaming!

Step daughter Chrissy Marie tied up with her shorts pulled down, Oldschoolbondage

Riley Rose Tied Up and Gagged, Hey! You aren’t my date! Oldschoolbondage

Whitney Morgan, Take his money! Then tie me up and do naughty things to me!