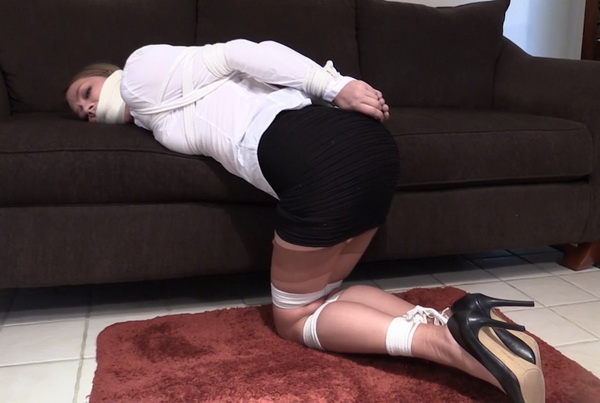 Her step-son has gotten himself in trouble with his little league coach and has been benched. But Star, his step-mother wants to see him play. After all, he is the best player on the team. So she goes to the coaches house to see if she can persuade him to let her step-son play. At first he is reluctant, but Star has her ways. As she slowly unbuttons her blouse, the coach get the idea of what she is willing to do. So he asks her if she is into kinky things. “What do you want to do, spank me!” Star asks. When he tells her that he has something a little different in mind, she tells him whatever it takes, she will do it. So when the man returns with rope, Star realizes she is going to get tied up and this get her very turned on. Soon the man has her tied tight with rope and Star cannot believe things could get any better. But then the man stuffs and tapes a pair of panties in her mouth to gag her and now she is totally helpless at the hands of her step-son’s little league coach and this turns out to be a huge turn on. She can hardly control herself. It doesn’t take her long to learn that a piece of rope tied tight in just the right spot, can push her over the edge. In the end, she gets what she wants and so does the coach. 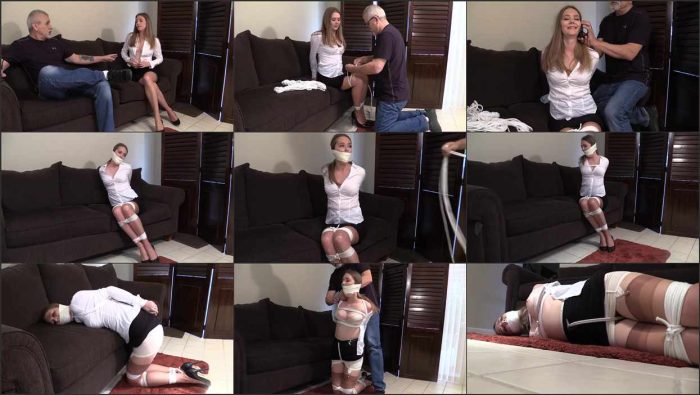 Ashley Renee – I have your girl friend tied up with her tits out! gndbondage

Paisley Toronto – Tie me up! Make me moan with my mouth stuffed and taped! gndbondage

Vicious Vamp – I found myself bound and gagged in my panty girdle and long line bra! gndbondage

Dani Sorrento – I kind of want you to fuck me all tied up like this! gndbondage

Kristyna Dark – Who left Ms Dark bound and gagged in the closet! gndbondage

Kitten – This lunatic has me tied up and gagging on a pair of panties! gndbondage