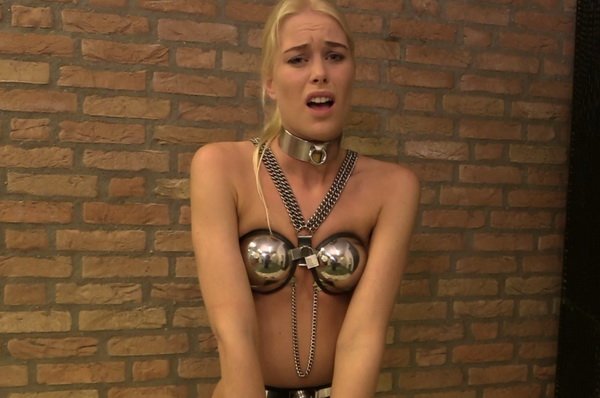 It’s probably well known by now that I don’t like my nipple clamps training. So to keep me from taking off the clamps, Sir decided to make me lock my chastity bra on top of them! I thought that was not going to work, but it did! My bra is so tight, I can’t get my fingers under it. So the clamps can not be taken off without using the key to the chastity bra… which I don’t have of course. Sir even pulled on the little chain to tease me! That hurt!! 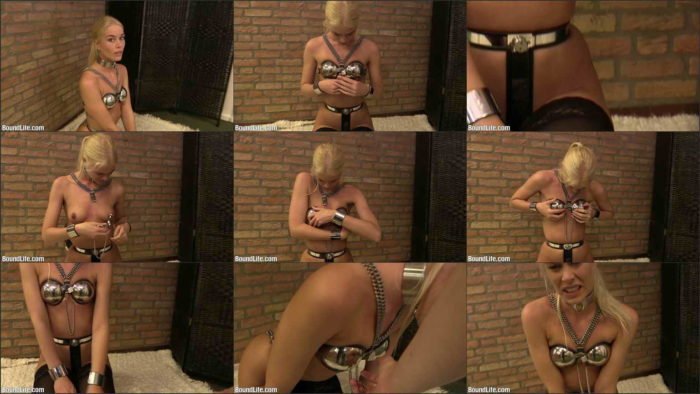 Sophie in Armbinder – An evening in nipple clamps

Sophie in a Chastity Belt and Nipple clamps

Sophie Nipple Clamped to the Ceiling!

Belted Sophie Chained to the Wall – No beach today

BoundLife Secretary in a Chastity Belt