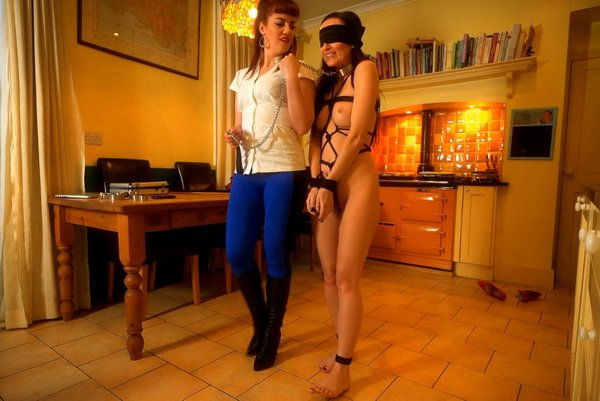 Bitchy boss Sophia has “accidentally on purpose” sent sexy bondage selfies to her employee Zoe, in order to open herself up to blackmail and domination by her subordinate! Now Zoe is really getting into the dominatrix role and ties Sophia naked and spread over the kitchen table for a flogging- and then Sophia’s (genuinely!) first full caning leaving stripes on her immaculate elegant arse! Zoe continues to punish and humiliate her boss making her take more sexy selfies of herself as Zoe lays into the soles of her boss’ bare feet with the cane for a strict bastinado- and Sophia is loving it! That crotch rope is certainly working its magic! Soon Zoe has her boss naked, tied, collared and leashed on her knees, ready for more sexy adventures in the office! Hywel’s note: we were privileged to be able to shoot Sophia’s first full-force caning leaving stripes for this video! Have a look at my comments on part one for how that came about. 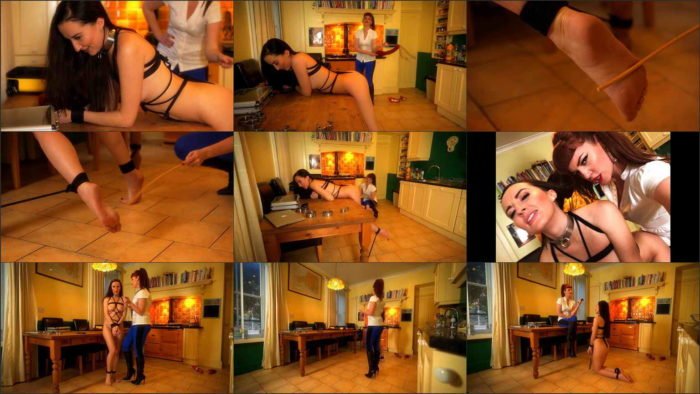 Ariel Anderssen and Zoe Page – The Room Mate From Hell

Anita deBauch and Scarlot Rose – Get In The Van, Bitch!