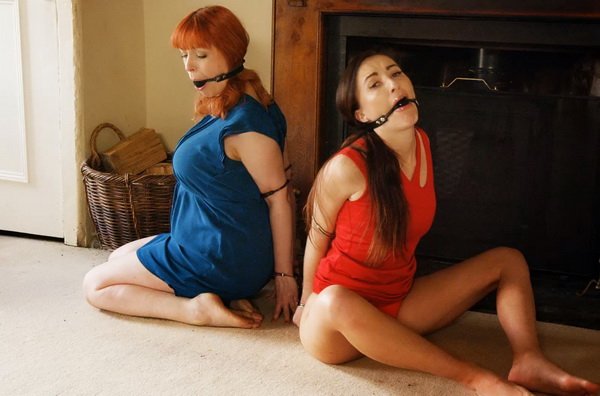 Kate and Sophia awaken from a fevered dream to find themselves in a strange room tied up in front of a fire, hands cuffed behind their back. The last they remembered they were drinking in the marquee… where are they? What on earth happened? How are they going to get out? Still dressed in their sexy party dresses, they struggle around until their captor appears… to lock them into yet more metal bondage! The girls protests are ignored as they are mercilessly locked into rigid elbow restraints, bar-speedcuffs used to cruelly confine their arms above the elbows and turning the bondage into a genuine torture! But the punishment doesn’t end there! He thumbcuffs the girls and locks them together with yet more handcuffs. They complain and shout and bitch and moan but it is no good- their capture is utterly devoid of sympathy for the captive girls! He finally has enough of their protests and gags each girl with a big black ball-gag! 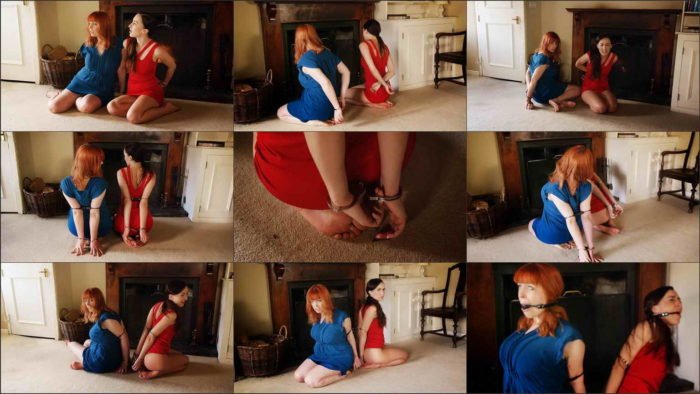