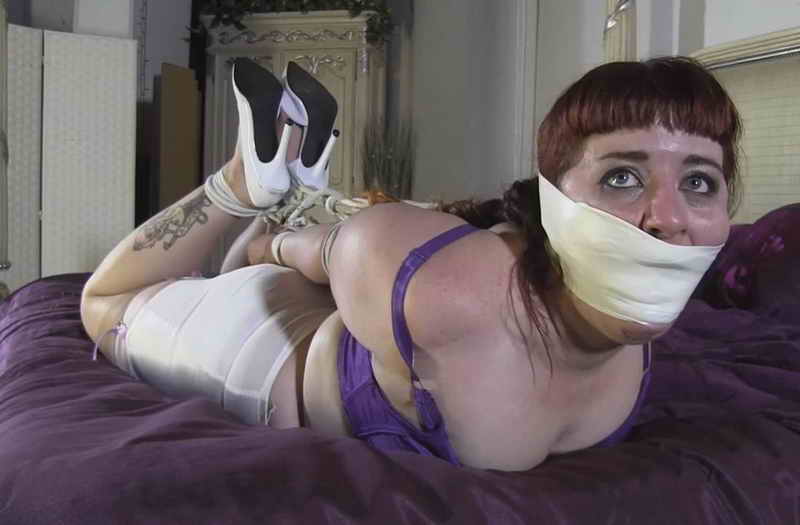 Sonya owes these people some serious cash and she has been blowing them off. Hanging out in bed in an open bottomed girdle, stockings and bra she is texting when she is interrupted by the angry couple. The man holds her down as the woman ties her up. Once she is restrained enough he gets two pairs of panties from the drawer which are stuffed into her little mouth and her head is wrapped with microfoam tape. She struggles to keep from choking as the woman adds a crotch rope, elbow tie and hair tie to the hogtie. She can hardly move and she begins to choke back tears choking on the panties. The man comes in the room, removes the gag and unzips his pants, she can gag on something else now. 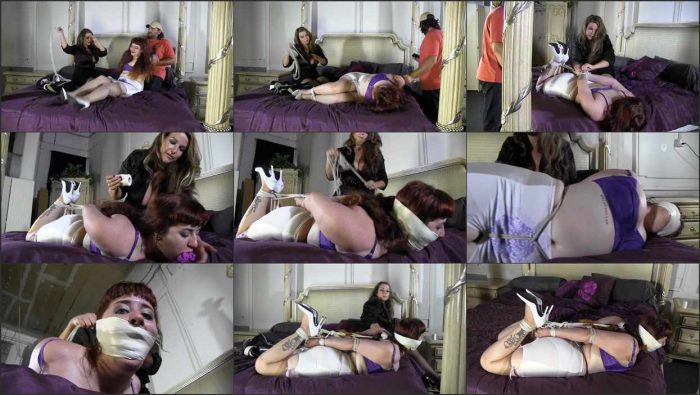 Ariyana – Every students fantasy is one moms nightmare, borntobebound

Charlie Mancini – My mouth was stuffed with my own panties & she ran off with the box! borntobebound

Ashley Renee, Rain Degrey – Busty girlfriends wanted to be tied up together, borntobebound

Cici Rhodes and Dixie Comet – They weren’t being nice, borntobebound

Odette Delacroix – The greedy parole officer left in a bind by her parolee, borntobebound