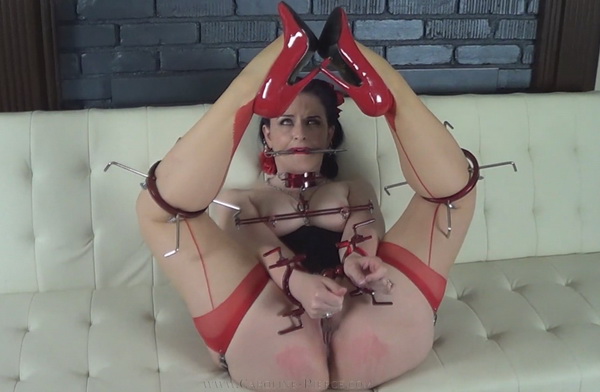 Slave Caroline is on display while Mistress Eden Alexander puts beautifully cruel metal devices on her.
Starting with the collar around her long slender neck, next is the nipple trap pinching her nipples painfully. Then she’s gagged with a metal bit. Her wrists are bound in the sphere handcuffs. Lastly, Mistress Eden puts on The Debilitators on Caroline’s calves, the screws tightened and painfully pressing into her soft flesh, making it nearly impossible for her to flex her calf muscles to stand or squat.
Poor Caroline is given the change to pleasure herself if she could but find a way to lower herself onto the dildo that Mistress so generoulsy left for her…but alas, poor Caroline is left frusterated, unable to maneuver to the toy because of the devices on her legs. 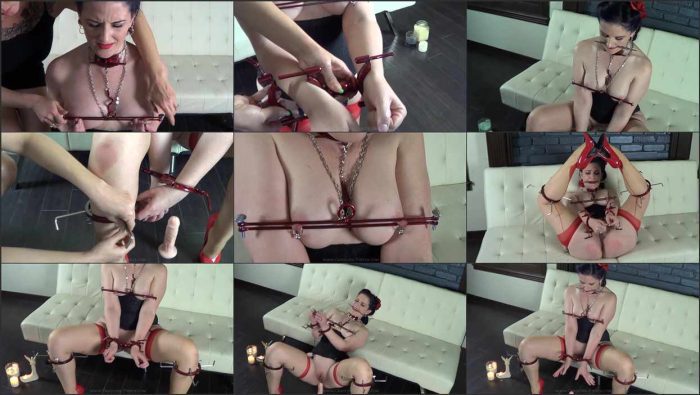