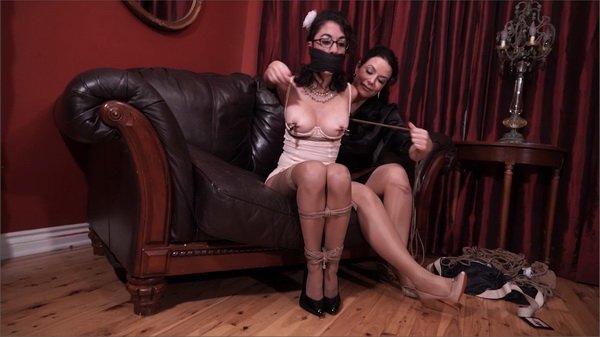 Simone is a kinky little thing and really likes bondage but she hasn’t done a lot of the really tight stuff. She is willing to try but a little bit hesitant. Her arms have never fallen asleep in a clip because she is tiny and naturally bendy so that was new to her. We have a chat and gossip a bit before she gets several different gags and of course she is tightly elbow tied and hogtied. She did great but I think once she gets more used to it I will be able to do all kinds of crazy things to her. Constance rope bondage, she had a lot of energy, so I slowed her down