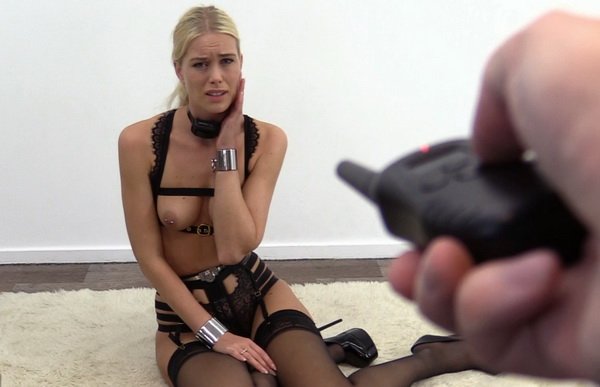 Many of you have requested a shock collar, because you know I have already tried it once (and I hated it). Sir did not have one, but he got one online, and he decided to test it on me. I am absolutely terrified of shocks! They hurt, especially above level 10 (out of 100), but the worst thing is the anticipation. You never know when it is coming. And it is such a strange feeling, hard to describe, a sharp pain but it’s also gone very fast. It made me cry a little, but I was also very proud that I had made it! 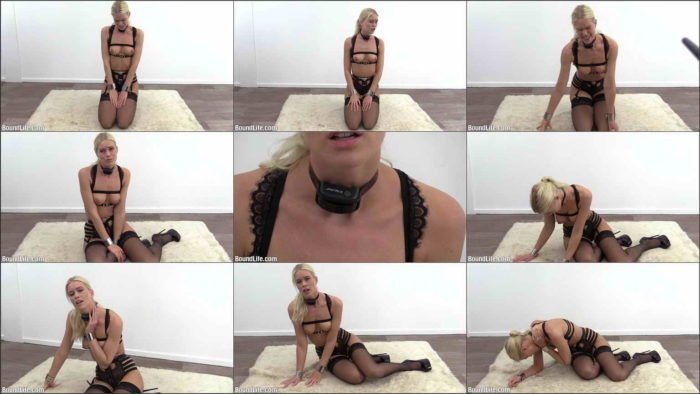 Sophie in a Chastity Belt and Hinged Handcuffs