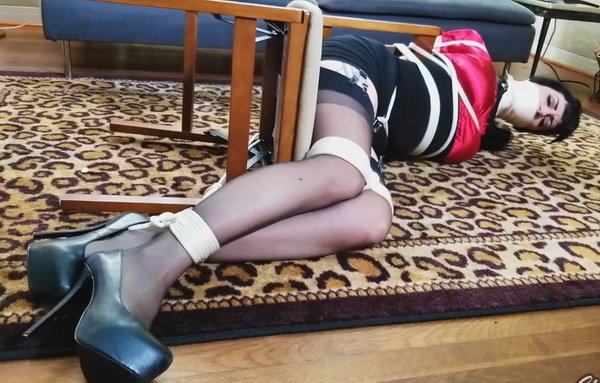 In part 1- After a few more, Nyxon decides she wants to go home with the guy at the bar. She confides that she really shouldn’t drive, and suggests maybe they should go to his house to “Watch a movie or something.” He grabs the tab and they leave in his car.
In Part 2- Nyxon awakens tied spread eagle on a bed in a different room. She panics and fights hard to get loose, but once again, she is tied very well and the ropes dont budge. After a while the guy comes back in. He feels up her silky pantyhose covered legs and begins to untie her. She thinks “Thank god, he’s finally going to let me out of here!” 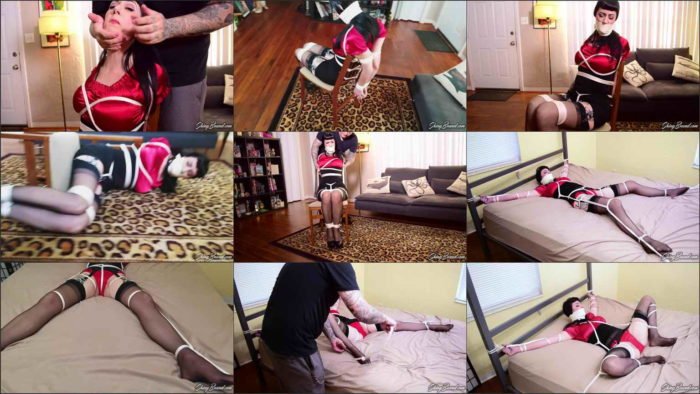