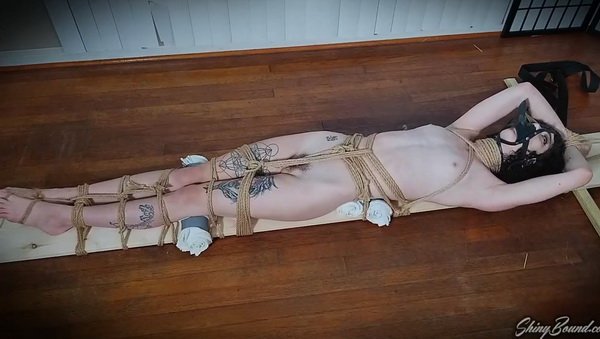 A while ago I was approached to make a custom video for a guy that wanted a girl tied down and fiercely tickled non stop. The incentive was to pay the model by the minute to see how long she would last before tapping out. I was careful with who I chose for this challenge because I wanted a tough girl that was also a life-styler and who I thought could take the torment and make a great video for the client. Lydia was definitely up for the challenge!
First she’s fitted with an inflatable pump gag and tied down extremely tightly outstretched on a plank with her arms tied above her head. Then her toes are tied back to the fronts of her ankles exposing her delicate soles.
This ultimate torment video is nearly 2 hours long of mostly uncut footage. Lydia is tickled mercilessly from head to toe, with bare hands and tools, and inadvertently breath played with the pump gag. She finally taps out due to the fact that she was tickled so hard that she was about to wet herself, and the crotchrope was so tight that she couldn’t let it out to relieve herself. If you’re a fan of some relentless torment, this is the video for you! 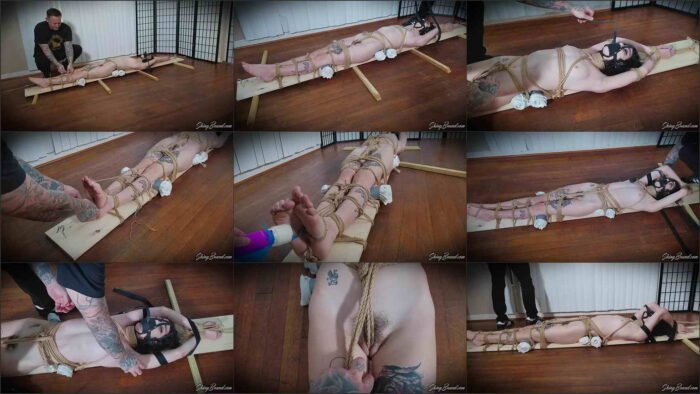 Shinybound Krystal Davis Rope Bondage.. Can I Use Your Phone?