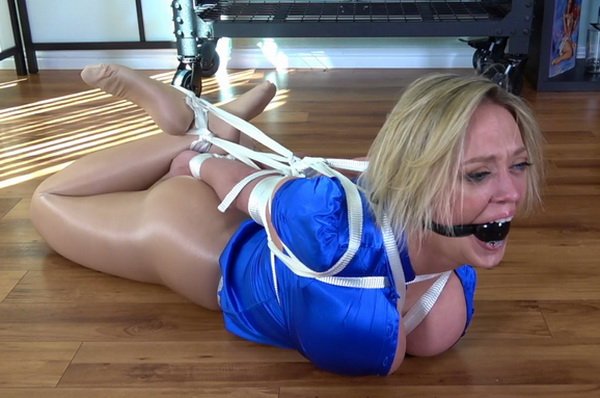 Shinybound Dee Williams Hogtied.. Tie Tie My Darling Part 2. Busty Dee Williams shows up to a help a friend out with a project, but she soon finds out that it is not the kind of project she was expecting.. After being tied up and left in the dungeon (Part 1), she is led into the living room for a final analysis. Still ballgagged and with upper body tied, she struggles to get loose. The man comes in and pulls off her spandex disco jeans (onscreen) and leaves her exposed in only her shiny nylons underneath. She kicks and screams and drools, but he won’t let her free. She tries to crawl away, but her drags her back into the room kicking. He grabs some more rope and ties a crotch rope on her, pulling it tight and connecting it to her wrists behind her. He ties her ankles crossed and then he pulls her up into a tightly arched hogtie with her legs spread wide for a nice view of crotch, gusset, and rope.. “One more trial dear and then we will be done.” he says as we walks away, leaving her impossibly hogtied on her side.. 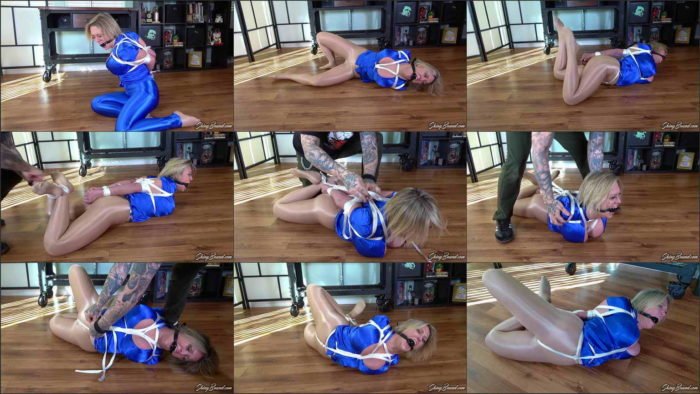