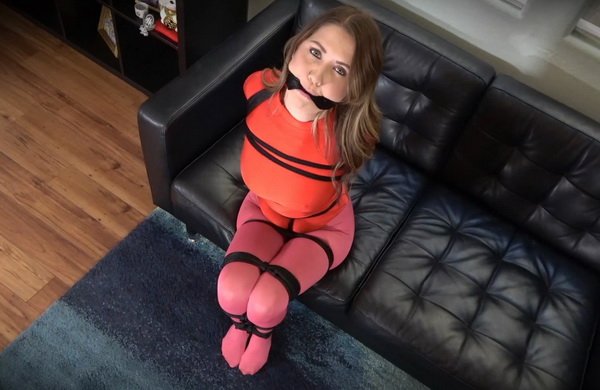 Sexy Chrissy Marie really wants to land a part in a production thats coming to town and calls her friend over to help her out. It’s a heist movie and she is auditioning for the part of a dancer that gets captured and tied up. She really wants the part, and has even worn a leotard and tights under her clothes to really capture the essence of the character. She asks her friend to help tie her up and film it.
Her friend agrees and tied her ankles and her hands in front of her. Chrissy explains that it is not much of a challenge, as she can easily reach the ropes to untie them. She asks him to tie her wrists behind her instead, and also to grab more rope and really tie her up and gag her good!
Now fully tied and gagged, Chrissy tells him to leave her be to practice her squirming and escape. She struggles for a nice long while before he comes back in to check on her. She says that she is stuck and cannot escape. He asks her if she would like to be let out, and Chrissy says no. She is enjoying the tie and her struggle time. He says OK and that he will come back later! 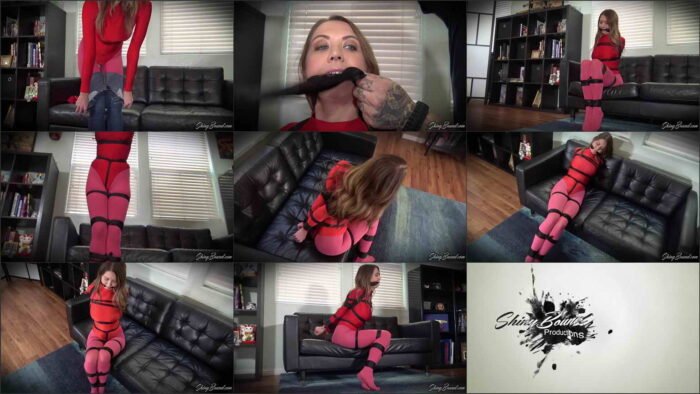 Shinybound Riley Daniels – Taken Down By The Robber