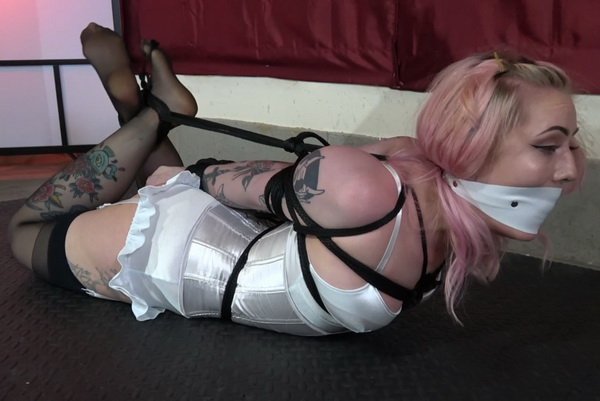 It’s Baby Sid’s big day! But everyone is asking “Where’s the bride?”.. Was it cold feet? Is she running late? Nope! While the sexy goth girl bride was changing into her dress, she was grabbed by a jealous groomsman and yanked down into the basement in only her lingerie and corset! He ties her all up, gags her, and gropes her body once she’s helpless. He ties her in a tight hogtie and then heads to the dressing room to put on his tuxedo. He leaves her down there.. Tied, helpless, and struggling to get free.. While he goes back up to the wedding party and enjoys the chaos he has created. 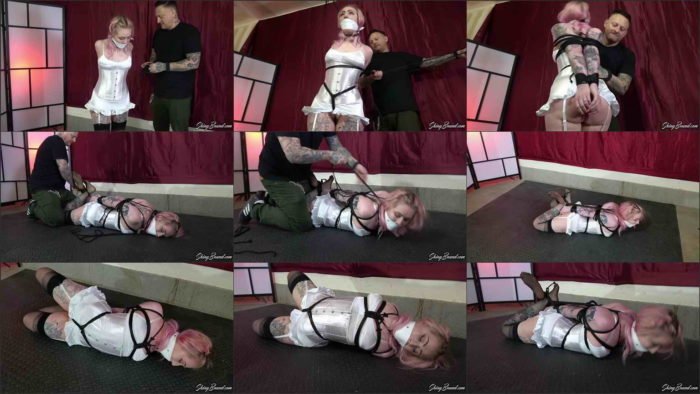