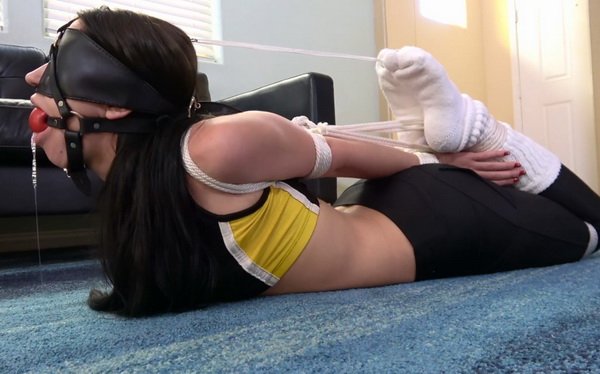 Shinybound Alex Coal.. Yoga Instuctor Taken and Toe Tied, Blindfolded. Routines can be dangerous. Poor Alex finds out the hard way.. Everyday after her yoga class is over, she gets a smoothie and heads home taking the alley behind the studio as a shortcut. As winter comes, the alley gets darker earlier and earlier.. And more dangerous.. One regular evening, Alex finishes her class and gets her smoothie. She is walking and looking at her phone as she ducks into the alley behind the studio.. She doesn’t notice a figure come out of the shadows next to her. All of a sudden, a big strong hand grabs her arm, and before she can scream another big hand covers her mouth and drags her into his waiting van. He wrestles her down and climbs on top of her, his weight holding her down. He catches her wrists and binds them behind her. Now with her hands tied, he easily moves down and ties her ankles together and then her knees. He flips her back over and blindfolds her before he stuffs a big ballgag into her mouth and straps it up tight.. He runs his rough hands over her silky leggings and spandex top. “Oh yeah, you’ll do fine..” he says as he shuts the door and climbs in the drivers seat… 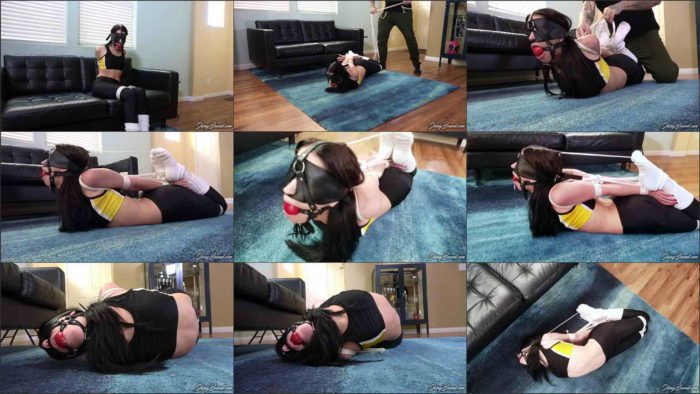