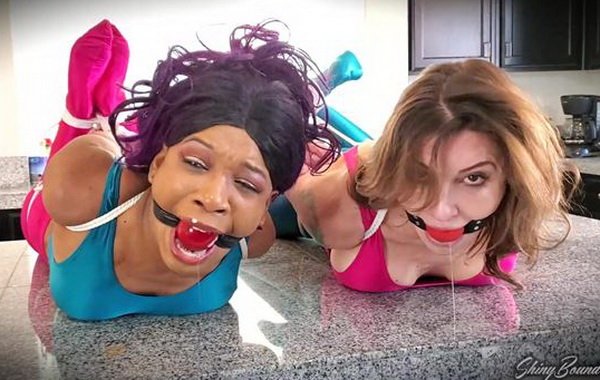 Cupcake and Agatha are ready to tackle their daily workout, but what will they do today? Cupcake tells Agatha about a new workout that a friend was talking about called bondage resistance training. They decide to give it a try and call the instructor over.
He shows up and gets right to the workout, tightly tying and gagging the girls up on their kitchen counter. Once they’re tied up he tells them he will be back in an hour to let them out. The girls are confused. They thought this was supposed to be a workout of some kind. They start to panic and try to get out of the tight ropes. They struggle hard and roll around on the counter, desperately trying to free themselves and drooling through their gags!
An hour later, the instructor comes back. The girls are exhausted and whimpering to be let go. As he removes the ropes and gags, the confused girls ask him why he left and why didn’t he give them a workout. The instructor looks at their sweaty disheveled faces and laughs.. “Looks to me like you girls got a great workout!” 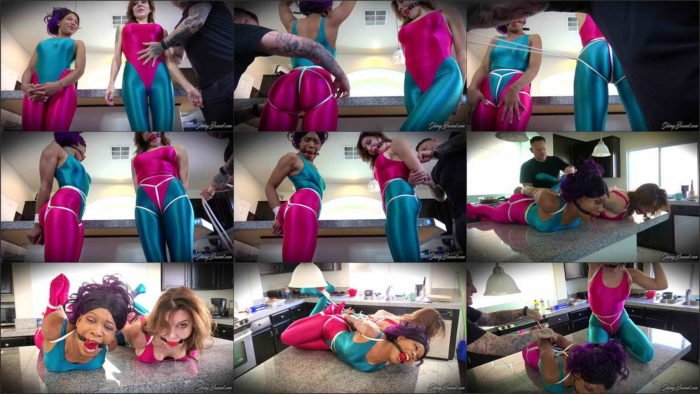 Shinybound Agatha Delicious.. Taking The Fight Out Of Her

Maria Jade Bondage.. Tricked By Her Boyfriend Part 1 of 2