Home » Bondage F/F » She thought she was tying herself up for her lover, tightly gagged, sweater bondage 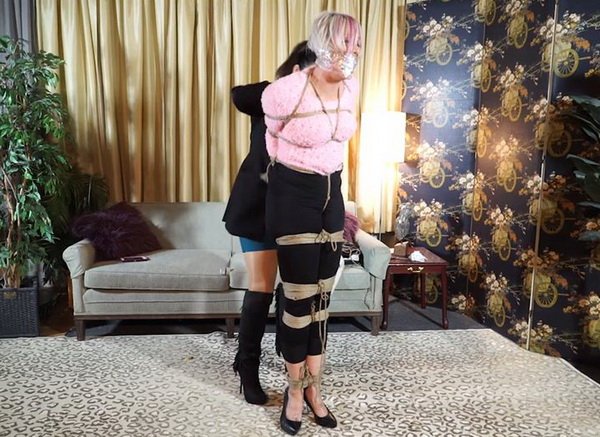 Jane comes into the room and reads a note from her lover asking her to tie herself up for him. He requests that she wears the fuzzy pink sweater. She gags herself and gets to work tying up her long legs and once they are done her boyfriends wife comes in. She wrote the note. Jane tries to hop away but she can’t. The wife gropes at her and ties her up more. She tells Jane she let her hubby have lovers if she could be involved but too but he insisted on sneaking around. Jane does not like the idea of a female lover and spews a bunch more things at the angry wife to make her more jealous through hergag… Bound Dakkota, I’ll just pretend that I’m not onto you two

Enchantress Sahrye, ungrateful cheating housewife gets what she deserves

Breast bondage, Rude little hippy musician gets her tits tied up by a fed up neighbor