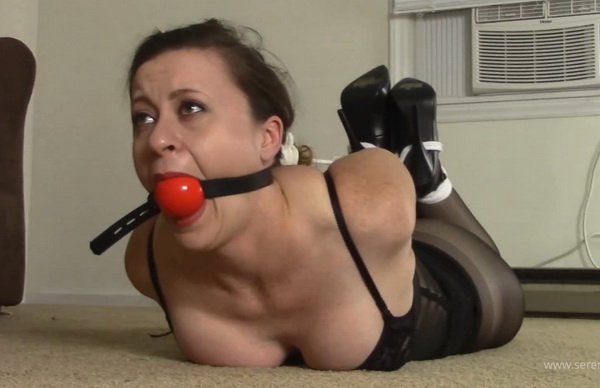 Serene begins this clip already in tight elbow bondage above her arms, on her forearms, and on her wrists. She struggles and poses while making gag noises through the 2 inch ballgag shoved into her mouth and buckled tightly. Progressively she finds her legs tied and then shes left to struggle a bit more, then shes hogtied on the floor. Rolling around she still has her arms tightly bound together from the start of the clip but the forearm rope slipped so we took it off. Finally her hair is tied back to her ankles and shes left to moan in the strain of the tie from behind the large, shiny, red ball shoved into her mouth. No on screen rigging. Progressive bondage, Elbows and arms are bound and Serene Is ballgagged the entire time. 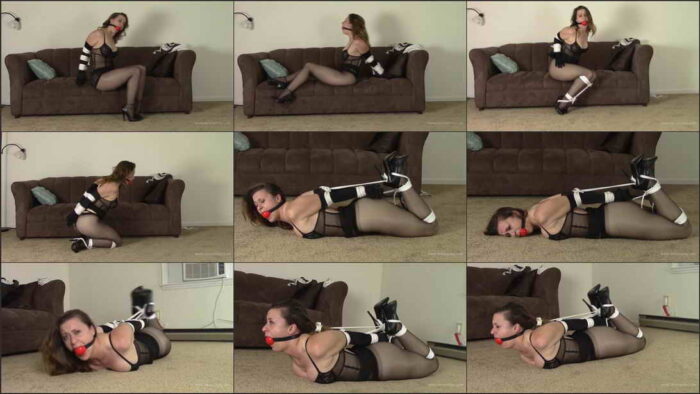 Ballgagged Nyxon can’t move much at all