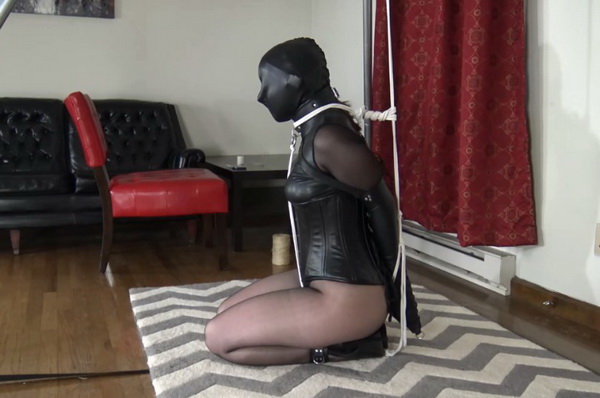 Serene is already in her leather hood with a ballgag underneath when the clip begins. She’s armbindered and standing in six inch heels waiting on what’s to come for her. The small plaintive moans from her feet aching give David no thoughts towards sparing her as he ties her in a squat position leaving her tired burning legs to deal with that predicament. Eventually she’s allowed to kneel and held in an upright position by a neck rope to close out her suffering. 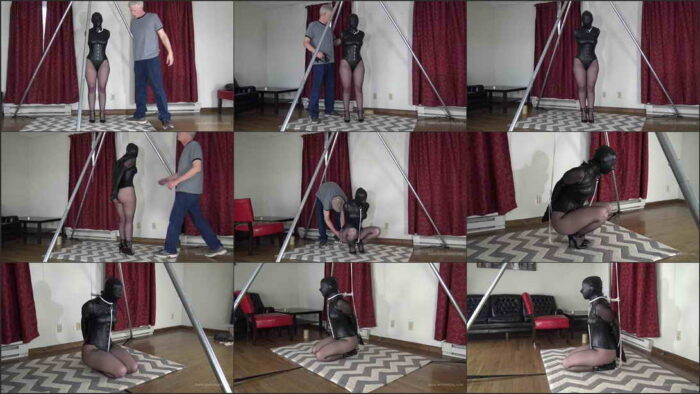