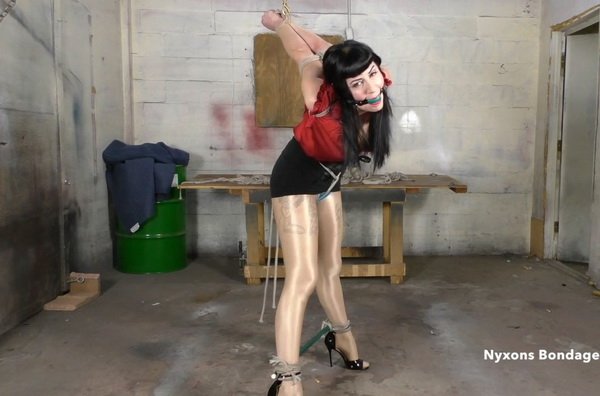 Nyxon found some sensitive information while snooping around her boss’s desk, and he’s hired a street thug to “do away with her”. The clip starts out with Nyxon being shoved into a dirty room & led over to a winch. Her arms are welded together with rope, and there’s a tight crotch rope between her legs. The man places a blue ballgag into Nyxon’s mouth & pulls it nice & tight. He hooks her wrists to the winch, and raises it pulling Nyxon’s arms high into the air. He leaves her there to struggle for a few minutes, then comes back in & ties a spreader bar to Nyxon’s ankles, forcing her to teeter in her high heels. He then grabs a heavy can of paint, ties it to Nyxon’s crotch rope, then ties it to an opposing winch. Next, he raises the second winch which forces Nyxon’s hips to raise opposite of her arms. He then leaves her there to struggle in her painful predicament. 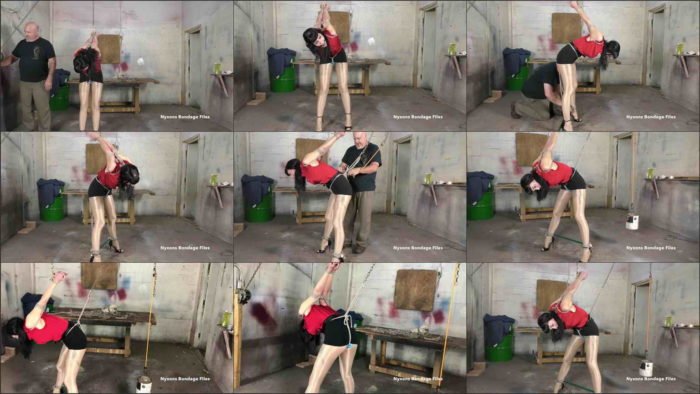