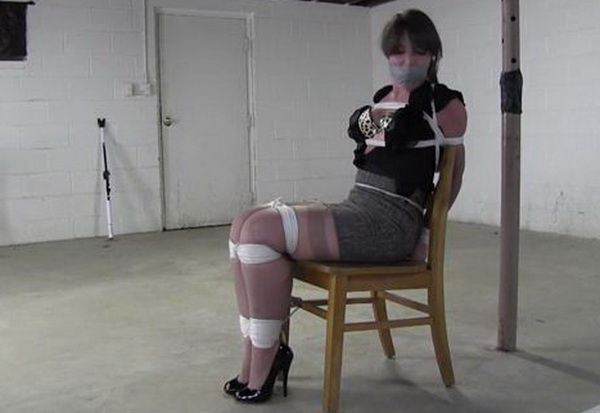 A man carries a secretary named Elizabeth Andrews into a basement. It is in some abandoned building somewhere on the wrong side of town. Why he has Liz, who knows. But for now he is going to have some fun with her. But as he gets between her legs and and starts to undress her, his cell phone rings and he finds out that he has to leave for a while. Wanting to make sure Liz doesn’t go anywhere while he is away, the man ties her up with rope. He also stuffs her mouth and tapes her up to gag her. He then makes her hop over to a chair where he ties her down… 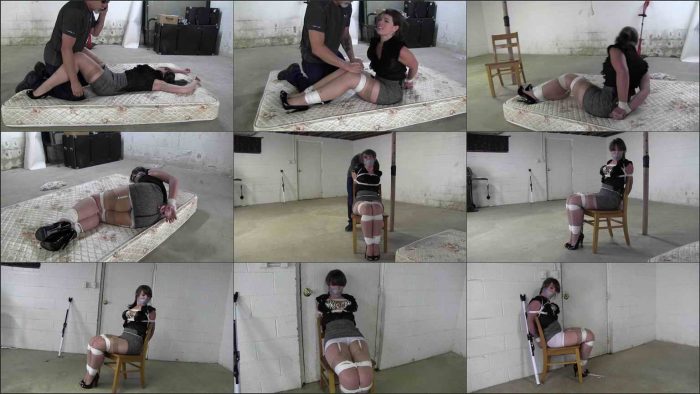