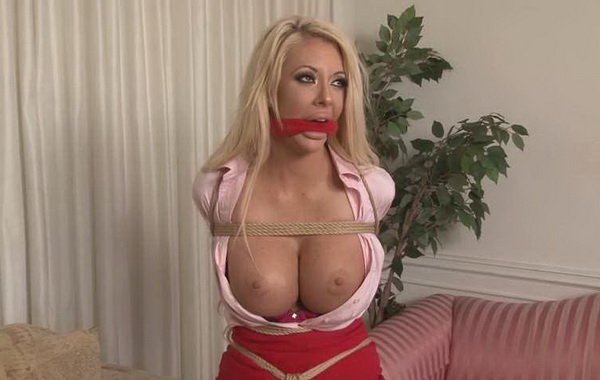 Secretary Courtney Taylor In Bondage – American Damsels. Busty secretary Courtney Taylor has been taken captive by desperate men. The gorgeous blonde pleads with the villains to let her go, but they have other plans for her. They cleavegag their sexy hostage, and while they aren’t watching Courtney tries to hop away. But our damsel’s bid for freedom is short-lived, and she’s caught. The bad guys compel Courtney to tape a message for her boss, and she begs him to cooperate with them. Then they bare her enormous breasts, and poor Courtney continues to struggle in vain. Will she be rescued in time? 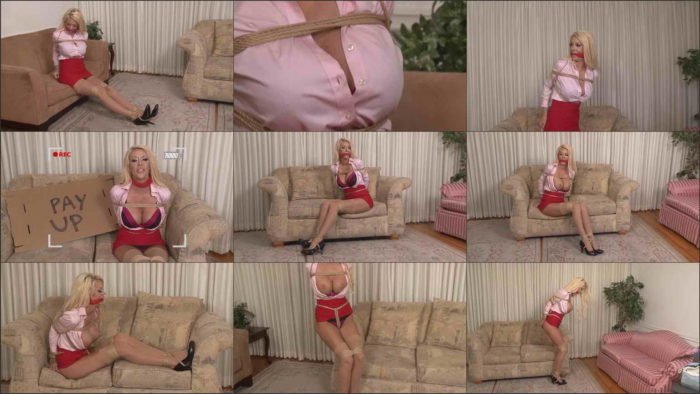 Farrah Flower Tied Up At The Office – American Damsels