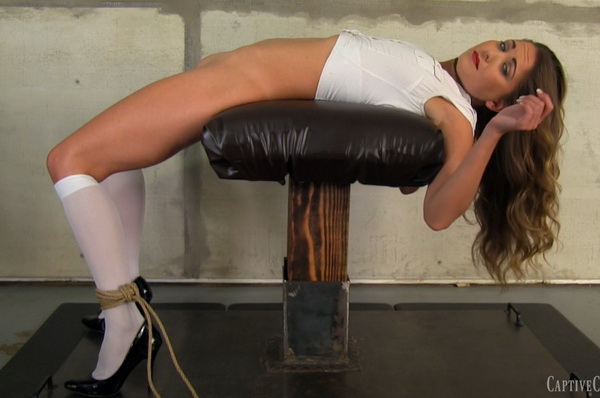 Schoolgirl Chrissy Marie Backbend Bondage Torture. Schoolgirl Chrissy has been captured and is being held again her will. She is wearing a plaid skirt, white blouse, white knee socks, high heels and a black choker necklace. Her captor drags her into his dungeon room, her hands already tightly cuffed behind her back. Chrissy is pleading with her captor, begging to be let go and for him not to hurt her. She has no idea what he wants from her! She is pushed up against the wall and told not to move. He pulls her hair forcing her head back and says “just do what I tell you to and you won’t get hurt!” Chrissy responds “Okay just please don’t hurt me!” She is then taken over to his bondage table and bent over it. Chrissy has surrendered to doing what ever he asks so that she won’t get hurt! Her handcuffs are removed, skirt is removed, then he proceeds to give her a hard spanking. She quietly whimpers but tries to be obedient because she is afraid that it will only get worse if she fights him!… 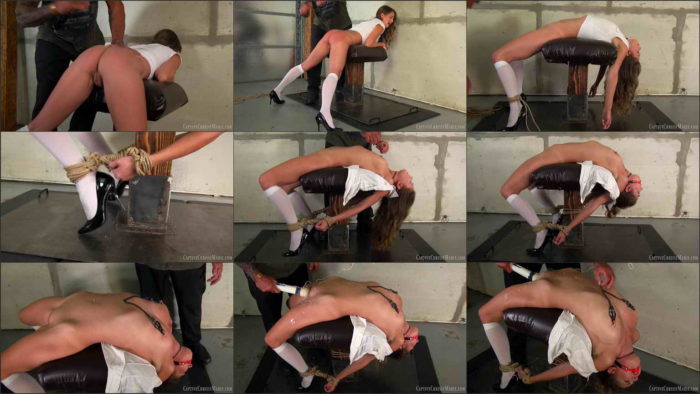 Hogtied and Gagged Chrissy, I’ll Be Your Bound Valentine