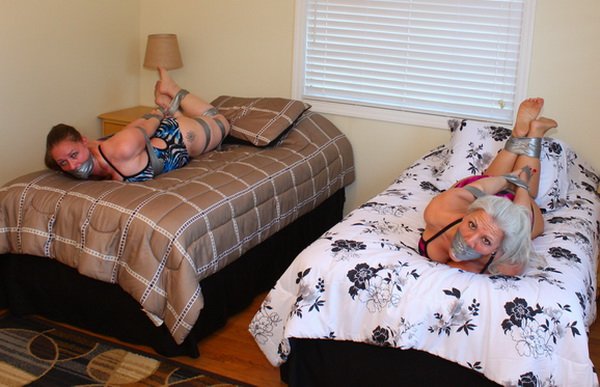 Sandra Silvers & Pepper Sterling – Duct Taped Camp Counselors Attempt Escape Through Teamwork! It must have been some kind of initiation. Pepper and Sandra are on the beds in their cabin wearing their tight speedo bathing suits from swim class. Each girl has been similarly and totally tied with duct tape. It is coiled around their ankles, above and below the knees, around their thighs. It pins their arms and hands behind their backs. It also holds full bandannas of mouth stuffing in their mouths. They try their best to escape, but their taped up fingers may get in the way… 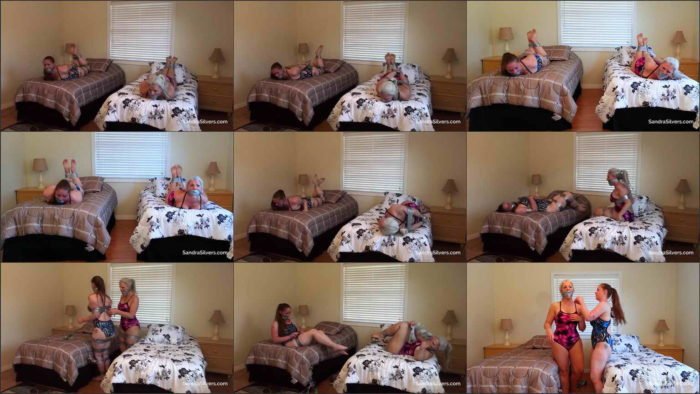