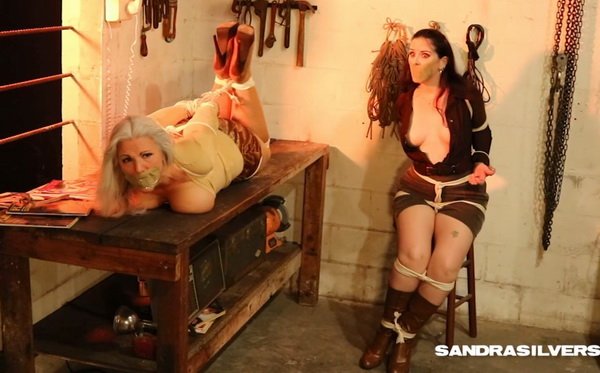 The pair of private Investigators had teamed up to investigate an undercover ring of treacherous typists; the typing pool had been eliciting terror from their high-powered bosses with their extortionate demands to keep quiet about their note-taking secrets… Called in to find the ring leader Sandra Silvers and Caroline Pierce had set to work, uncovering the boss behind it all to be the broad shouldered type-writer repair man! He trussed up the snooping twosome in his workshop at the back of the building, amidst the tools and equipment, making the most of his new companions impressive attributes by exposing their breasts from under sweater and shirt. The two terrified damsels, Sandra hogtied on the workbench, Caroline chair tied, callout through their tape gags, hoping someone will hear them before the sunsets completely on their perilous predicament. They struggle; but it’s hopeless. Sandra succeeds only in dirtying her bare boobs on the oil stained worktop through her efforts… Will they ever escape? 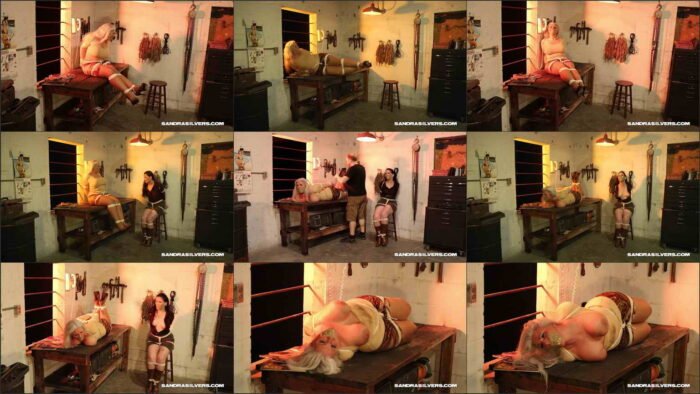