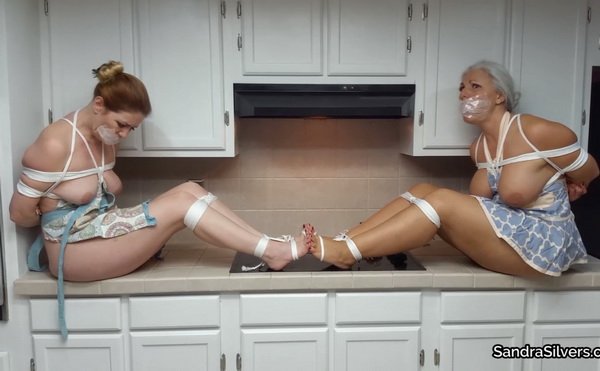 Naked but for their aprons, barely covering the MILFs womanly curves, each surprised housewife is led in and lifted onto the kitchen counter by the brutish burglar, a silver haired broad, before her blond companion. They’ve had their tits tightly trussed and their lips tape gagged, one after the other the startled stunners struggle, as more ropes are added around knees and ankles to hamper their helpless attempts to escape… Now to their feet! Close up as big toes are tied to each other, pads pressed together, the arch of each foot painfully pulled up into a pedicured predicament, with a taut wrap attached at the ankle above. The damsel duo are not going anywhere, though their struggles continue, and protestations get louder still as their aprons are pulled down to reveal beautiful, big breasts! 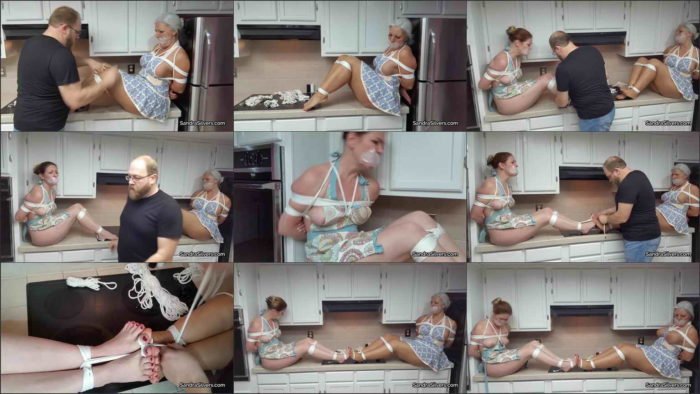