Home » Bondage M/F » Roped tight with my ass in the air! Please pull my panties down too! Crystal Frost Oldschoolbondage 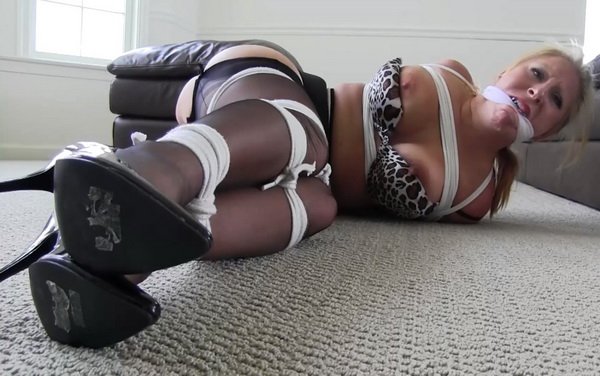 When he came in and grabbed Crystal, she was getting ready for a “Hot Date”. She quickly covered herself up with her sweater as the man grabbed her by her hair and made her sit down. He told her that once he got what he came for, he was going to take her with him to make sure he could get far away before she called the authorities. She begged him not to take her. She told him that he could tie her up instead. She told him to gag her so she could not scream for help. The man thought it over and decided to do things her way. But once he had her tied up, something very strange happened. Crystal got so turned on that she told the man that since she most likely was going to miss her date, that she wanted him to make it up to her. When he asked her to elaborate, Crystal told him that she wanted him to take advantage of her while she was bound gagged and helpless. So, after stuffing and tying a pair of her panties in her mouth to gag Crystal, he bends her over. With her curvy ass in the air, he pulled her panties down and soon he had Crystal moaning loud through the gag. The video then ends with Crystal very happy as she struggles still tied up and gagged. Her panties are down, her tits are out and she is not at all sorry she missed her date. In fact, she let the man know that he could come back and rob her anytime he wanted. 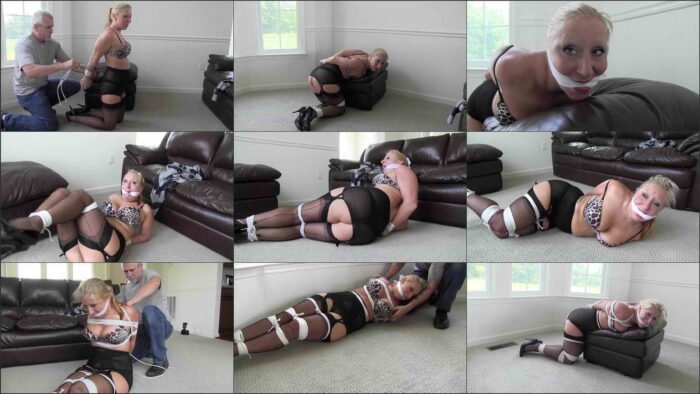 Some Blind Date this is! Sarah Gregory all tied up and gagged

Cupake SinClair Bondage – What could possibly happen to me! GNDB0471