Home » Bondage M/F » Riley Rose – Spitting the wad out got me gagged tighter with panties, gndbondage 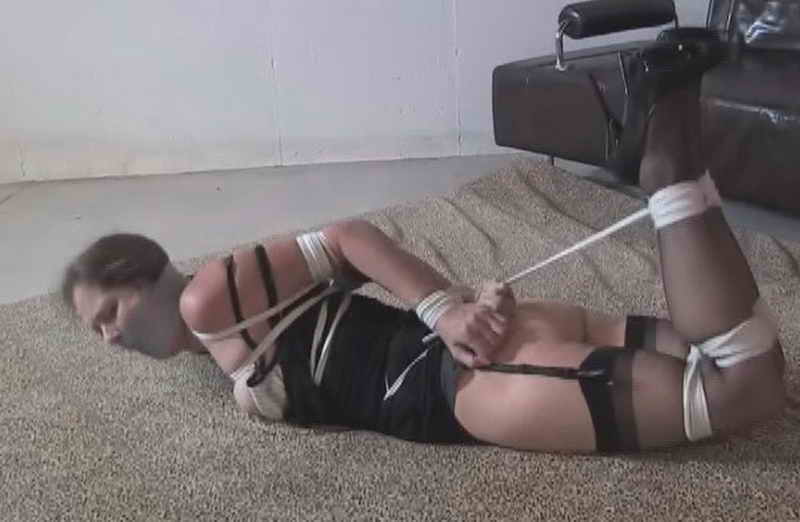 She met him at a bar and he seemed like a nice enough guy. So she let him walk her to her car. The next thing she knew he had her bound and gagged in the trunk of his car.
The video begins with Riley Rose bound and gagged as she is carried into a room. She is bucking and kicking over the man’s shoulder as she squeals through the gag. The man puts her down on a sofa and starts to tie her up with more rope. At one point, Riley manages to loosen the gag and is able to spit the wad of cloth that was packed in her mouth. Still somewhat gagged, she demands to be untied. But as soon as the man has her trussed up tight, he re-stuffs her mouth with a larger pair of panties and then wraps tape very tightly around her face and between her teeth to gag her again. Riley is then left struggling bouind and gagged on the couch. But she refuses to sit still and soon she is rolling around on the floor grunting and moaning through the gag. Not satisfied that she is restrained and gagged well enough, the man brings out more rope. First he ties her elbows together and then puts her in a strict hogtie. Then he wraps more tape around her face and over her mouth. This seems to do the trick as Riley can hardly move now and the sounds she is making seem to be more muffled. Finally before he leaves her, the man pulls her bra down to expose her tits. 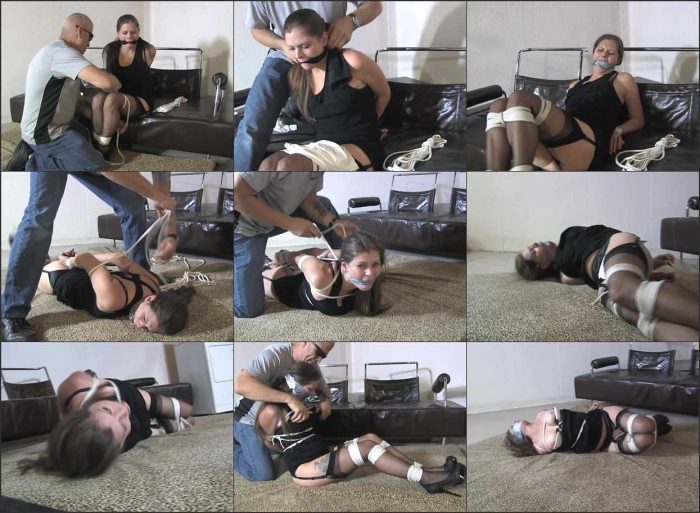 Paisley Toronto – Tie me up! Make me moan with my mouth stuffed and taped! gndbondage

Vicious Vamp – I found myself bound and gagged in my panty girdle and long line bra! gndbondage

Kristyna Dark – Who left Ms Dark bound and gagged in the closet! gndbondage

Amanda Kent – Busty government agent gets herself tied up and gagged, gndbondage

Jade Indica – Nosy neighbor girl tied up in the closet and gagged with her panties, gndbondage

Ashlee Graham – It’s going to be hard to scream with panties stuffed in your mouth! gndbondage

Pepper Sterling – So! Now that I have your big tits all tied up and gagged! gndbondage

Raven Eve – He tied me up so he could go off and Fuck his new Girl Friend! gndbondage