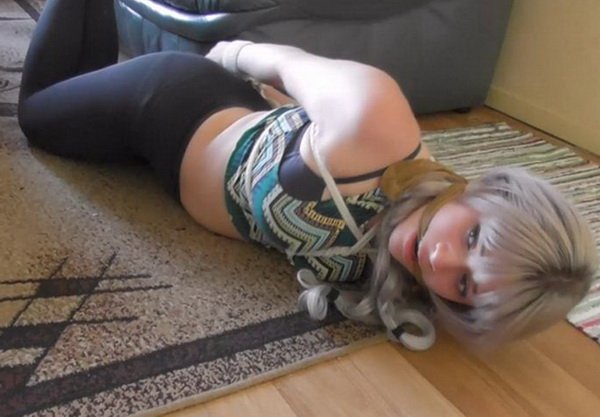 It is the year 2032.
Mr. Jeff had ordered 2 bondage dolls for practice and they have just arrived. He unboxes the dolls and puts them on the couch. After carefully checking them, adjusting their poses and positioning their hair, he turns them on and ties them up.
While reading the manual, he stumbles upon a function of the dolls called Panic Mode. He turns this on but quickly switches back to Obedience Mode as the doll starts squirming and squealing. He gags them with panties in their mouths, puts a cleave gag on top of that and puts them back in Panic Mode. He grabs a chair and watches them, pleased with what he sees.
After some struggling, he puts them back in Obedience Mode, hogties them and turns Panic Mode back on. After a while, Mr. Jeff has seen enough and turns the dolls off. Lauren Phillips captive bound and gagged – I want you to know! I am not wearing any panties!