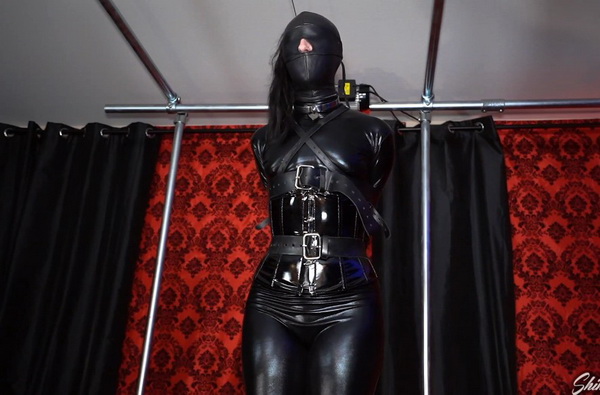 Raven dressed up in a PVC catsuit, corset, and some over the knee boots for some playtime. This video is a real time BDSM sensory deprivation/endurance scene between my real life partner and I. Originally, we were only taking pictures and we weren’t planning on recording this, but I set up cameras at the last second to give everyone a glimpse into our personal playtime. Raven, now hooded, blindfolded, objectified, and strapped up tight in a leather armbinder and thick belts, is forced to stand there, perfectly straight, teetering on her tall platform stiletto heels. There is nothing holding her up except her posture.. and the fact that she can’t see or hear leaves her stuck in solitude and greatly impairs her balance. I stood off camera at the ready to spring and catch her in the event that she toppled over, but as you will see.. She was a VERY good girl and even tho she teeters on the brink.. She never fell.. She did get a bit worked up though by the time I let her down and untied her. Included at the end of the video is a stills gallery and photos of raven before and after. 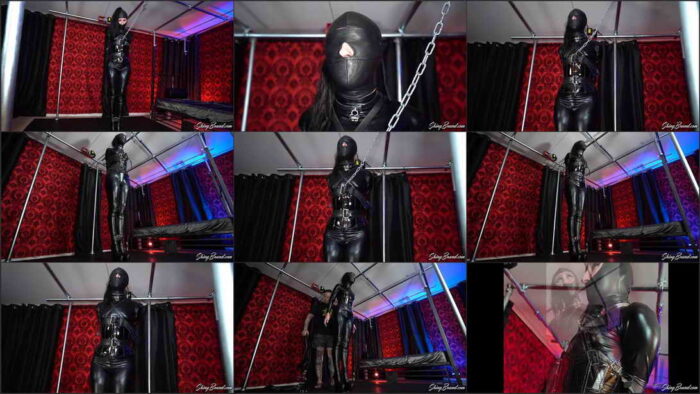 Arielle Aquinas – Set It and Forget It, shinybound