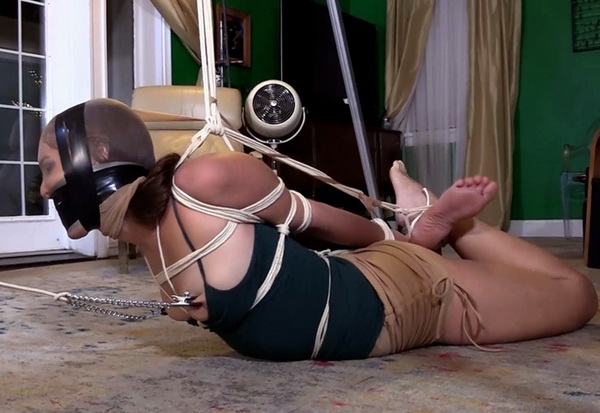 Rachel Adams is on the phone with a friend when she sees a stranger appear on her ring camera. She goes to the door but the woman overpowers her and gets her tied up in her foyer. The woman is the ex of Rachels new man. She is ballgagged and nipple clamped before those are removed and she is hogtied on the floor while the woman checks out her place. Next her mouth is stuffed and head wrapped with duct tape for a bit before the woman returns. Then she is leash led over to her little yoga tripod. The woman adds more rope, including a crotch rope and gets her hogtied on the floor again. Then she decides to attach Rachel to the tripod, arching her up and making it impossible to roll around. She gets a nylon over her head and then more tape around her face and the nipple clamps back on and is left in misery wondering what this jealous bitch will do next. 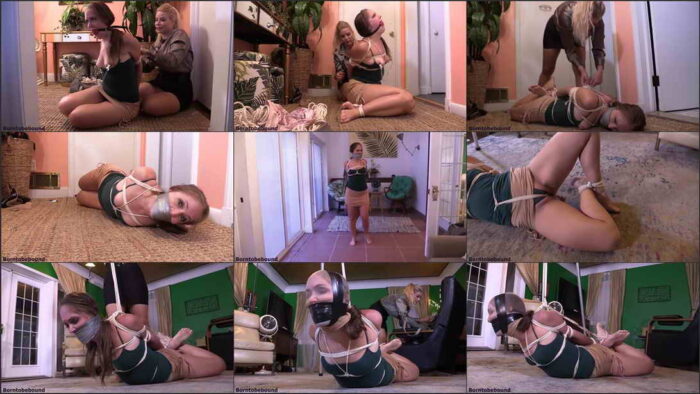 Adara Jordin tied to a post – Daddy doesn’t love you

I always wanted to see what those look like, JJ Plush bondage, borntobebound

Rachel Adams Barefoot, bound and forced to move around, borntobebound