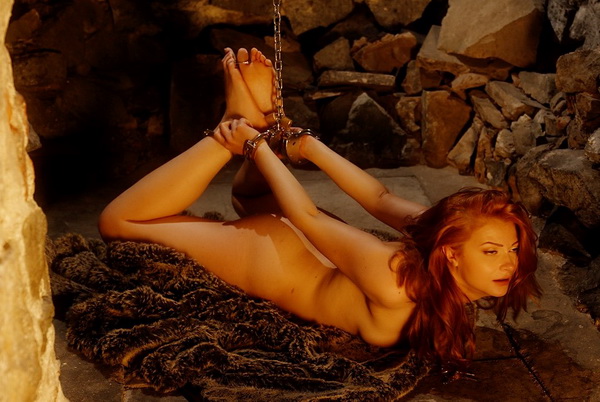 As the Templar invasion of Aelfheim gathers pace, brave Princess Scarlett is sent on a solo mission to infiltrate the fortress of the invaders and find out what she can. The Elven generals trust to her skills as a scout – surely she will be able to slip unobserved into to stronghold of the human invaders and report back on their plans and order of battle? Even if one of the humans does see her, she can use her magical talents to evade them, baffling their senses with illusions and manipulating the mechanisms on their locks and traps to spring herself free.
But the Templars are wicked and wily and have magic of their own – magic of cruel cold steel, impervious to elven nature magic! The whole route into the fortress is a honey-trap to trap this famed Elven Princess. The brave rogue will not be using her cantrips and enchantments on any of the humans this day! They allow her to proceed through the fortress, step-by-step, surrounding her until they have her exactly where they want her – in the dungeons! Ten men leap out, swords drawn, and bring the princess to her knees for the first time.
Under threat of steel, they force her to strip naked in the cell to undergo interrogation and conversion to a sex slave. They lock her in enchanted cold steel, impervious to magical manipulations. Securely fastened behind her back, the cuffs are linked to a short chain to the ceiling confining her to the bounds of her cell. The men leer at her from the high windows above the cell, while their commander taunts and teases her. She still has a few tricks up her… well, up her hair actually, not up her sleeve, since her sleeves lie on the ground with the rest of her attire. She has a hair-grip, and within her hair-grip is a bobby-pin, and a bobby-pin is an entirely satisfactory lock-pick! She manages to step over the short confining chain and get her wrists in front so she can pick the lock… but the Templar commander has been watching from the high windows and stops her before she can get to work on the lock.
He offers her a bargain. He has heard of her skills as a scout and thief, and wants to see her perform for himself. If she can free herself from a series of templar restraints he imposes upon her within the span of ten minutes, he will allow her to go free. He wants to see how her famed skills fare against enchanted Templar steel. He will even leave the keys within her reach… 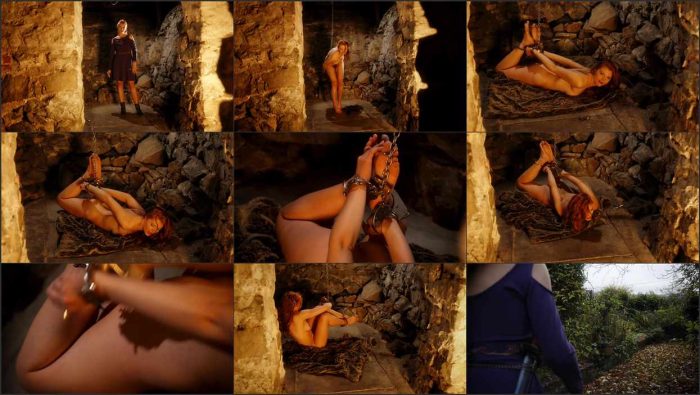