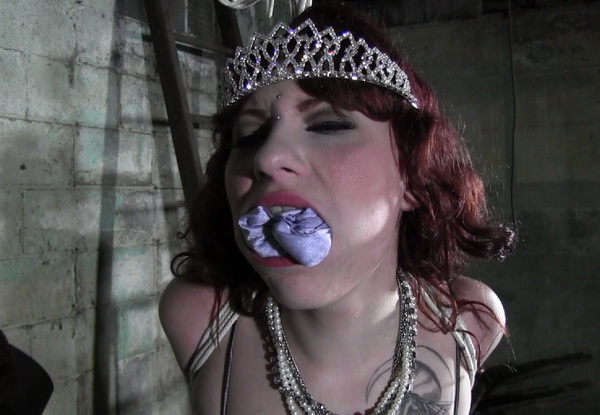 Poor Rinn finds herself in a strappado with a big open mouth gag in a cold basement. After some struggling a woman comes into the scene and puts a crotch rope on her and pulls her arms up higher. She isn’t wearing any panties but she is wearing stay up thigh highs. She struggles miserably for a bit before the woman comes and lets her arms down from the strappado, shoves a pair of panties in her mouth and wraps her head with duct tape. She makes her walk over to a couch and puts her into a hogtie on the couch and pulls her boobs out of her gown. She if left for a bit before the woman comes back and puts s pair of panties over her head and wraps electrical tape around it. Ashley Graham bondage, he wanted a girl just like her