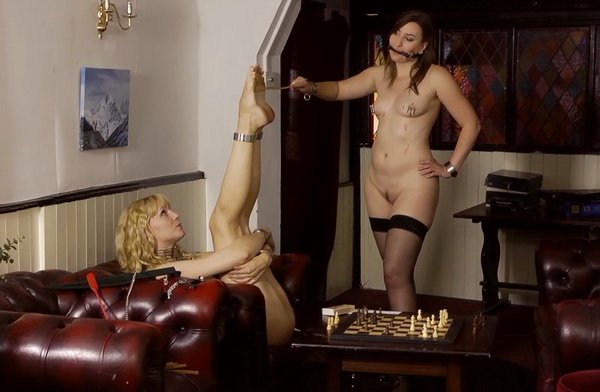 Ariel writes: I was very excited when Pandora Blake and I started planning for a joint shoot for Restrained Elegance and her new site (which isn’t up yet, but you can watch for launch news on her blog at PandoraBlake.com). I’ve worked with her a few times before on other producers’ projects, but she’s never modelled for Restrained Elegance until now.
Our first planning session took place on board the Eurostar train, on our way to a shoot with someone else. By ‘planning’ I mean that we kept saying things like ‘Pirates! Oh, I love them – lets do something with pirates!’ and ‘I always used to fantasise about losing my virginity in a chess game – lets do that!’
The chess game idea stuck, and over the next few weeks we developed it between us. I’d liked the idea of doing a video in which we were forced to do horrible (but hot) things to each other. That seemed difficult to organise, because Hywel couldn’t easily Dom on-screen while also filming us with his new camera, so I decided that our shared Master had maybe left us instructions to play chess, with forfeits when a piece was taken.
Pandora liked the idea, but further refined it by writing out a list of forfeits that’d always apply to a specific piece when it got taken. I liked this very much because it meant we could actually play chess for real and let events take their course…
So when the shoot day finally came round, all we had to do was set up the lights and cameras, then start playing chess and see what happened.
And this is what did happen. I hope you enjoy it, and that it’s less traumatic to watch than parts of it were to do! 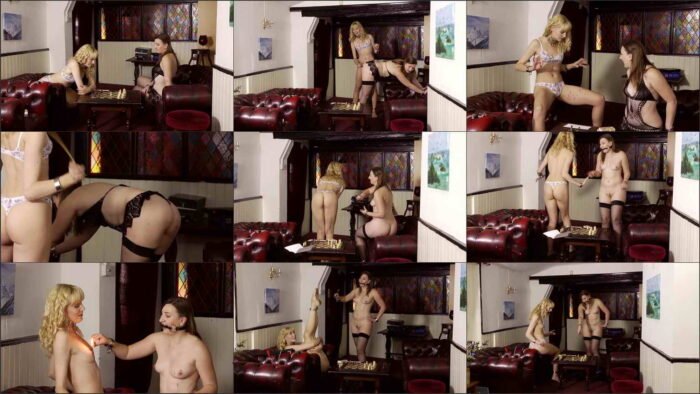