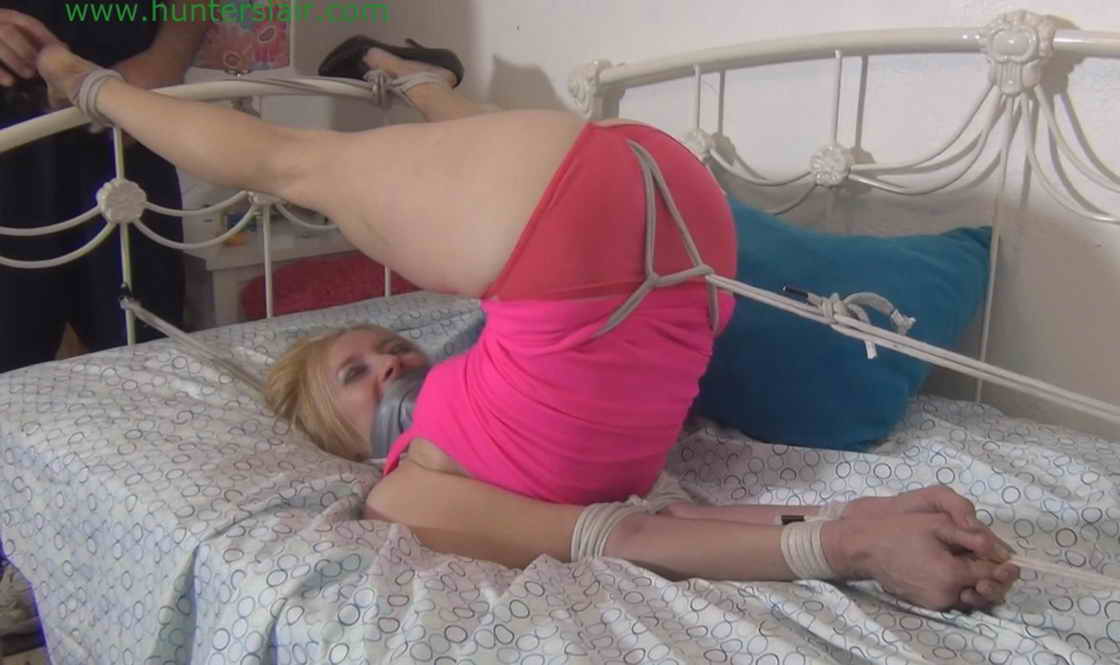 Carried over the Hunter’s shoulder into her bed room with her elbows fused together and her wrists tightly tied together behind her back pretty blond pixie Orias kicks and struggles. She curses and protests as he drops her onto the daybed. He stuffs a huge shop rag into her mouth stifling her bitching and complaining then wraps duct tape tightly around her head over the rag to keep her quiet. He rolls her onto her back then tethers her bound wrists to a rope running down to one end of the daybed. He pulls her legs up over her head so she is looking up between her legs and spreads her ankles and ties them to the other end of the daybeds so she is folded in half and helpless. She tries to twist and turn in the tight ropes so he ties another rope between her legs and pulls it deep into her crotch. He then tethers her crotch rope to the rope tethering her wrists. Orias is screwed now and totally helpless and vulnerable. She watches in horror as he slips off her high heel pumps and then starts to run his fingers over the soles of her helpless feet. Orias is extremely ticklish and screams and laughs uncontrollably into her gag as he the soles of her feet then behind her knees with his fingers. He then moves down to her arms pits and ribs tickling her mercilessly as she struggles to catch her breath. But there is no hope of escape the cruel tickling as the ropes hold her fast and helpless barely able to move. He rips the duct tape off her mouth and pulls out the gag to help her breath but continues the on her sensitive soles, legs, arm pits and ribs. Orias doesn’t know how much more she can take but she has no choice bound and udderly helpless. 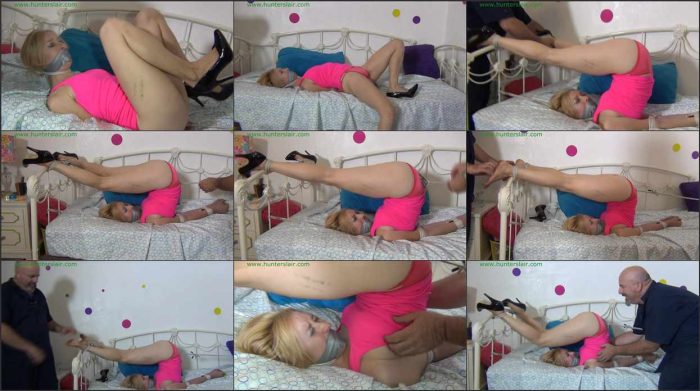 Tiffany Blue – Curvy tourist begs to be tied up & have her ass paddled good & hard, jimhunterslair